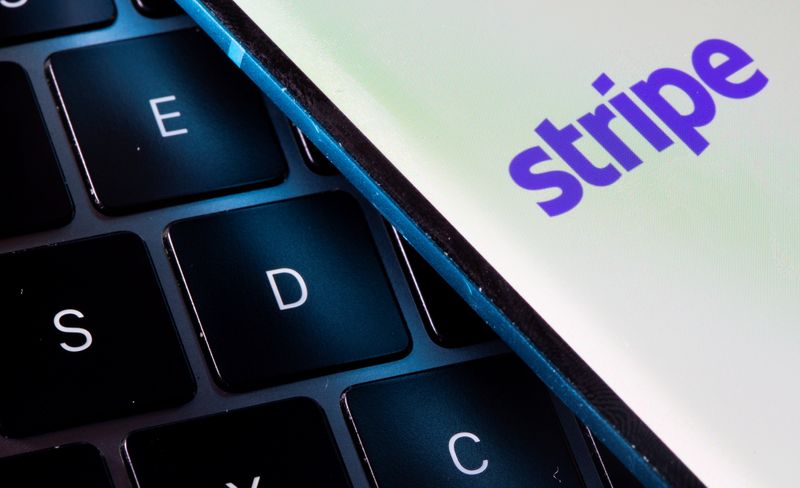 A smartphone with the Stripe logo is placed on a laptop in this illustration taken on July 14, 2021. REUTERS/Dado Ruvic/Illustration

MOSCOW (Reuters) – Allies of jailed Kremlin critic Alexei Navalny introduced on Thursday a new way to accept online donations from Russia, using U.S. payments processor Stripe, so that authorities could not track and punish their supporters.

The announcement came via multiple social media accounts of Navalny’s team, which is largely based outside Russia, the day after a Russian court rejected an appeal against a decision to label their Anti-Corruption Foundation an “extremist” group.

“We configured the system of receiving donations in a way that the final recipient is not seen, only an intermediary service provider is,” a Navalny team statement said.

“All the payments will be transferred via independent service Stripe, which has no relation to Russia. All the information is encrypted and stored safely. No ‘Comrade Major’ would be able to access it,” Navalny allies added.

Stripe Inc, the most valuable U.S. technology startup, processes hundreds of billions of dollars in transactions every year for millions of businesses worldwide.

Stripe did not inmmediately reply to a request for comments.

Navalny himself is serving 2-1/2 years in jail for parole violations in an embezzlement case he says was trumped up. Navalny’s allies accuse the authorities of using the law to crush dissenting voices ahead of September parliamentary elections.