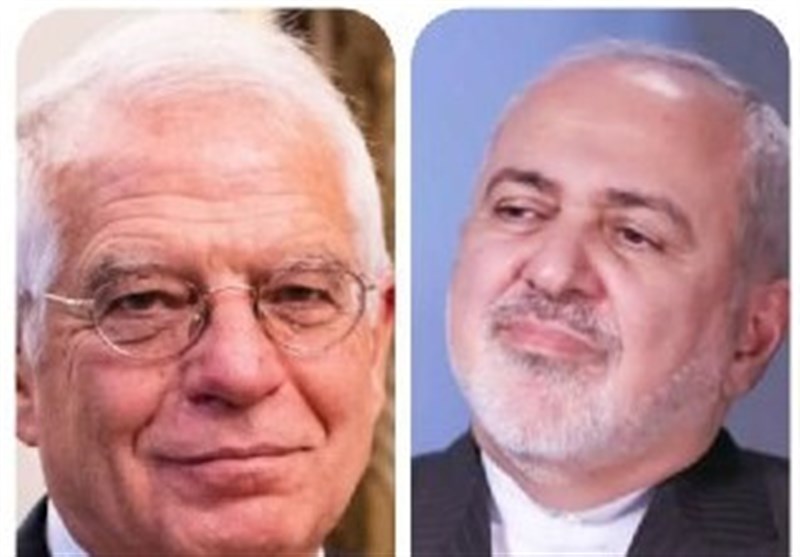 In a phone conversation on Thursday night, Zarif appreciated efforts made by Borrell and his colleagues at the EU’s External Action Service.

Elsewhere, the top Iranian diplomat criticized Washington’s ongoing economic terrorism over the past five months as well as its continued violation of its commitments.

Zarif reiterated that it would not be acceptable to see the administration of US President Joe Biden continue to use the illegal and inhumane sanctions imposed by his predecessor Donald Trump as leverage in the talks.

“A fundamental change in this approach is a sine qua non for the Vienna talks to be fruitful, and this is a political decision that the US president should adopt,” Zarif said.

A new round of talks to revive the Joint Comprehensive Plan of Action began in Vienna on April 6 between Iran and the remaining members of the nuclear deal, namely the UK, France, Russia and China plus Germany.