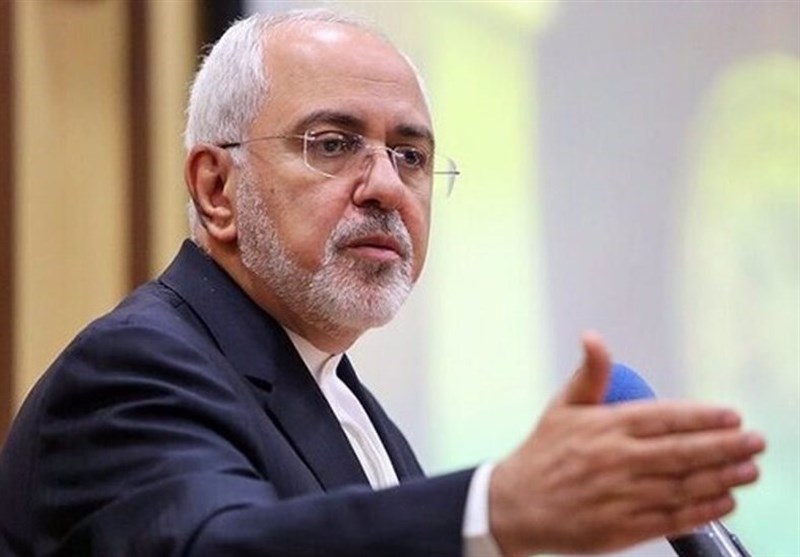 Iranian Foreign Minister Mohammad Javad Zarif censured some Western governments for backing the Israeli regime in its military aggression and ethnic cleansing, saying their support amounts to complicity in the crimes perpetrated against Palestinians.

“The immoral approach of some Western governments in equating victims with culprits is reprehensible, unjust and unacceptable, Zarif said in an address to a Thursday meeting of the United Nations General Assembly held to address more than a week of significant and hugely deadly escalation by the Israeli regime against the blockaded Palestinian territory of the Gaza Strip.

He was referring to the decades-old attitude on the part of the United States and its European allies of upholding the occupying and aggressive regime’s so-called “right to defend itself” against the Palestinians.

Those states have reiterated the position since last Monday, when the regime began ramping up its assaults against Gaza. Hundreds of Palestinians have died and more than 1,400 others injured in the escalation.

Following is the text of Zarif’s speech, according to the Iranian Foreign Ministry:

At the outset, I would like to thank you for convening this timely meeting as the world witnesses the most horrific atrocities perpetrated by the Israeli regime against innocent Palestinians.

For more than seven decades, the Israeli brutal policies and practices have continued to violate the fundamental human rights and dignity of the Palestinian people. As a result, Palestinians have been deprived of their lands, properties and businesses while being forcibly evicted from their homes and subjected to violence, terror, and intimidation. The Israeli regime, in line with its discriminatory and racist apartheid policies, has totally negated any right of the Palestinians to self-determination under the title of “one Jewish State”. Moreover, it has taken unprecedented measures and provocations to accelerate Judaizing Al-Quds Al-Sharif and altering its demographic composition through the elimination of Palestinian Christians and Muslims in the Holy City.

During the past week, Israeli forces have bombarded the Gaza Strip, the world’s biggest open-air prison, and through waging a disproportionate war by resorting to advanced weaponry in the most cruel and brutal manner have massacred hundreds of Palestinians and injured thousands of civilians. In the midst of an ongoing pandemic, the Israeli military attack against Gaza has destroyed thousands of homes, flattened entire apartment buildings as well as commercial buildings, including those housing journalists, and damaged other civilian vital infrastructures in a blatant and systematic violation of human rights, humanitarian law and international law. They even killed the head of Gaza COVID-19 response team.

And yet, the Security Council – despite the continued mass dispossession, occupation, and persecution of the Palestinian people by the Israeli regime – remains obstructed by the US from upholding its Charter duties and shouldering its responsibility to stop violation of United Nations resolutions. In this regard, the General Assembly, as the collective conscience of the international community, has a vital responsibility to condemn Israel’s military aggression and its ethnic cleansing and adopt necessary measures to hold Israel accountable for its war crimes and crimes against humanity.

The immoral approach of some Western governments in equating victims with culprits is reprehensible, unjust and unacceptable. Denial of the total asymmetry in the situation of an occupier and oppressor against an occupied and oppressed people not only exposes hypocrisy and an extreme lack of moral compass, but amounts to complicity in the crimes perpetrated against Palestinians. We emphasize that the people of Palestine are fully entitled to defend themselves and to defy the tyrannical tactics of this racist apartheid regime. The usurpation of another Arab neighborhood surrounding Al–Aqsa mosque proves the futility of normalization by some Arab states.

It is evident that the only path to peace in Palestine is the holding of a referendum among all residents of Palestine, Jews, Christians and Muslims, including displaced Palestinians and refugees.

The Islamic Republic of Iran, Mr. President, reaffirms its strong support for and solidarity with the just cause of Palestine and reaffirms its commitment to continue supporting the Palestinian people in their quest to achieve their inalienable rights and legitimate national aspirations, including their right to self-determination, freedom and independence in their State of Palestine with Al-Quds Al-Sharif as its capital.