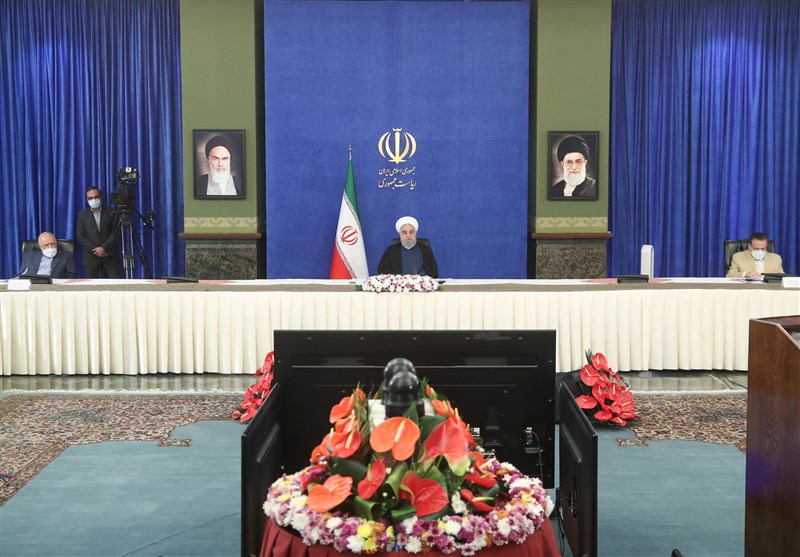 The negotiating parties engaged in talks on the revival of the 2015 nuclear deal in Vienna have agreed that all main sanctions on Iran will be terminated, President Hassan Rouhani said.

In comments after inaugurating a number of projects carried out by the Oil Ministry on Thursday, the Iranian president pointed to the process of the JCPOA talks in Austria, saying the negotiating parties in Vienna have agreed to lift the whole main sanctions against Tehran.

“The discussions are now focused on the details, as they have agreed (to lift) the sanctions on oil, petrochemical (industry), shipping, insurance, the Central Bank (of Iran) etc., and it has been over,” President Rouhani added.

“We have taken the chief and major step. The main agreement has been made,” he underlined.

Rouhani said his administration has concluded the job of termination of the sanctions, while discussions are held on certain issues to strike the final deal.

The president also noted that Iran has taken strong action against two challenges, namely the coronavirus pandemic and the sanctions.

“The back of the coronavirus has been broken. We will feel relatively confident about (tackling) the coronavirus until end of the administration’s term with the vaccines that are being imported and the homegrown vaccine that is being developed,” Rouhani stated, noting that the sanctions will be also terminated by the end of his administration’s term.

A new round of talks to revive the Joint Comprehensive Plan of Action began in Vienna on April 6 between Iran and the remaining members of the nuclear deal, namely the UK, France, Russia and China plus Germany.