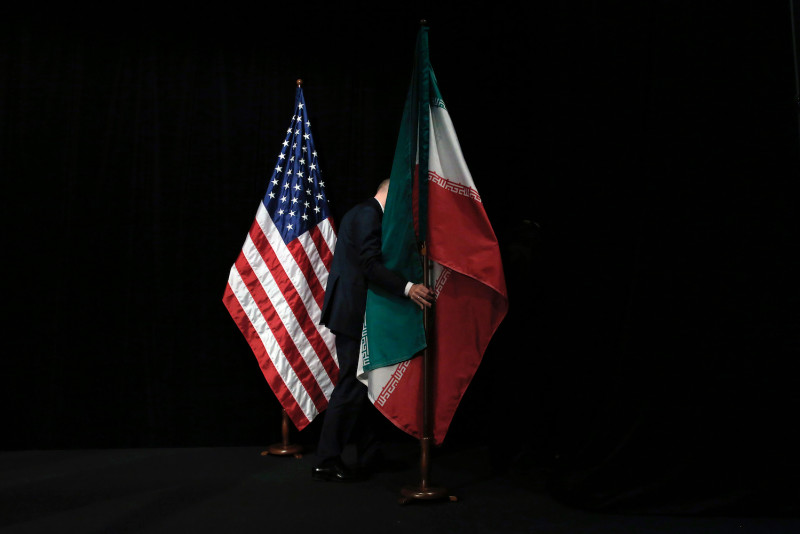 News Agency in MI | A staff member positions an Iranian flag on a stage after a group picture during the Iran nuclear talks at Vienna International Centre in Austria on July 14, 2015. Why any new agreement would likely be worse than resuscitating the existing deal.

Last week, Iran announced that it had started enriching uranium to 20 percent at its underground Fordow facility. This step is a serious escalation in a long-running crisis—but, even more ominously, it is also a threat. Iran is apparently signaling that if the 2015 nuclear deal—formally known as the Joint Comprehensive Plan of Action —is not salvaged in the weeks after U.S. President-elect Joe Biden takes office, it will further ramp up its nuclear program to strengthen its hand ahead of any future negotiations. Under these circumstances, any new agreement would likely be worse than resuscitating the current deal.

In spite of the Trump administration’s best efforts, the Iran deal has not collapsed completely. In 2018, the administration ceased providing Iran with promised sanctions relief. In response, Iran gradually ramped up its nuclear program, breaching the deal’s limits on uranium enrichment. Nonetheless, Iran hoped that President Donald Trump would lose the 2020 U.S. presidential election and a new Democratic administration would want to reenter the deal. Accordingly, Tehran did not withdraw or restart its plutonium program. It has continued to accept exceptionally intrusive monitoring of its ongoing nuclear activities. And it could reverse its ongoing noncompliance quickly and easily. If Biden can provide Iran with the sanctions relief it was promised, he can likely reassemble the deal (to which all the other signatories are still committed).

If he fails, Tehran will almost certainly escalate its violations. It probably won’t try to build a nuclear weapon (although the possibility it might is reason enough to preserve the deal). Instead, Iran will likely opt to scale up its nuclear program—by developing better centrifuges, installing more of them, stockpiling ever-greater amounts of enriched uranium, and perhaps even enriching to higher levels. In short, Iran will pick up exactly where it left off in 2013 when its nuclear program was first constrained by the Joint Plan of Action, the less comprehensive predecessor to the Joint Comprehensive Plan of Action. Iran will likely try to use its ramp-up to pressure the United States into negotiating an end to sanctions. Because of all the additional leverage at Tehran’s disposal, any new deal—if one is ever reached—will likely have to tolerate more nuclear activity in Iran than is currently permitted.

Advocates of holding out for a better deal argue that enhanced economic sanctions will drive Iran to make further concessions.

Advocates of holding out for a better deal argue that enhanced economic sanctions will drive Iran to make further concessions.

The problem is that Tehran has a greater capacity than Washington to escalate the crisis. Despite the current U.S. maximum pressure campaign against Iran, Iranian oil sales are back on the rise. Even maintaining the current level of economic pressure will be a challenge for the United States as Iran becomes more adept at circumventing sanctions and international support for them continues to wane. By contrast, without the 2015 deal in place, Iran could expand its nuclear program dramatically, without needing to cross the nuclear threshold.

If the idea of a competition in leverage feels speculative and abstract, the basic problem faced by the United States should be familiar from labor disputes. Managing the Iran crisis involves offering Tehran economic and security benefits in return for its not conducting certain nuclear activities. Managing a labor dispute, likewise, involves offering workers improved pay and conditions in return for their not striking. In both cases, the shape of any deal is determined by the relative leverage of the two sides.

To increase their leverage—and thus drive a harder bargain—unions may try to make the threat of a strike more credible. A classic tactic is for workers to vote to authorize a strike unless their negotiators can reach an acceptable agreement. This approach often proves effective, because it places the onus for averting a strike onto management, which can then feel pressured into making significant concessions.

In a similar way, Iran’s parliament recently sought to empower Iranian negotiators by passing a law that would prohibit international inspections and require an expansion of Iran’s nuclear program unless sanctions relief is forthcoming (enriching uranium to 20 percent is the first step in the implementation of the law). This law isn’t yet part of a dash to the bomb. But it is a signal that Iran is moving closer to the nuclear threshold and making the threat of a acquiring a nuclear weapon more credible.

As for the hope that the United States can win a competition in leverage by ramping up sanctions, its experience of playing—and losing—that game against North Korea should temper expectations. There are, of course, many differences between Iran and North Korea (starting with the fact that the former does not have nuclear weapons). However, the case does exemplify how enhanced capabilities translate into enhanced leverage—even as economic sanctions are progressively tightened

Over the course of last 40 years, North Korea has advanced its nuclear capabilities by amassing ever-larger amounts of plutonium, developing an enrichment program that “stunned” the U.S. weapons scientist who saw it, and conducting periodic long-range missile and nuclear tests. The result was that each of the deals concluded by the last four U.S. administrations was less restrictive than the previous one.

The Clinton’s administration’s Agreed Framework created a comprehensive road map for freezing and eliminating North Korea’s plutonium program. The George W. Bush administration’s deal provided for splashy “disablement” activities—including the televised blowing up of a reactor cooling tower—but was vague about next steps. A short-lived deal reached by the Obama administration in 2012 sought to freeze various North Korean nuclear and missile-related activities without requiring anything to be dismantled. And the hortatory summit declaration signed by Kim Jong Un and Donald Trump contained no concrete commitments whatsoever. (A nuclear and missile test moratorium trumpeted by U.S. officials was a unilateral gesture made months earlier.)

A senior North Korean diplomat once noted that, “the time that has been lost [in dealing with us] has not been beneficial to the” United States. If the Iran deal falls apart, the time lost will be similarly detrimental to U.S. interests. Biden is absolutely right, therefore, to indicate that the United States will reenter the Iran deal (rather than hold out for something better), if Iran comes back into compliance with its restrictions.