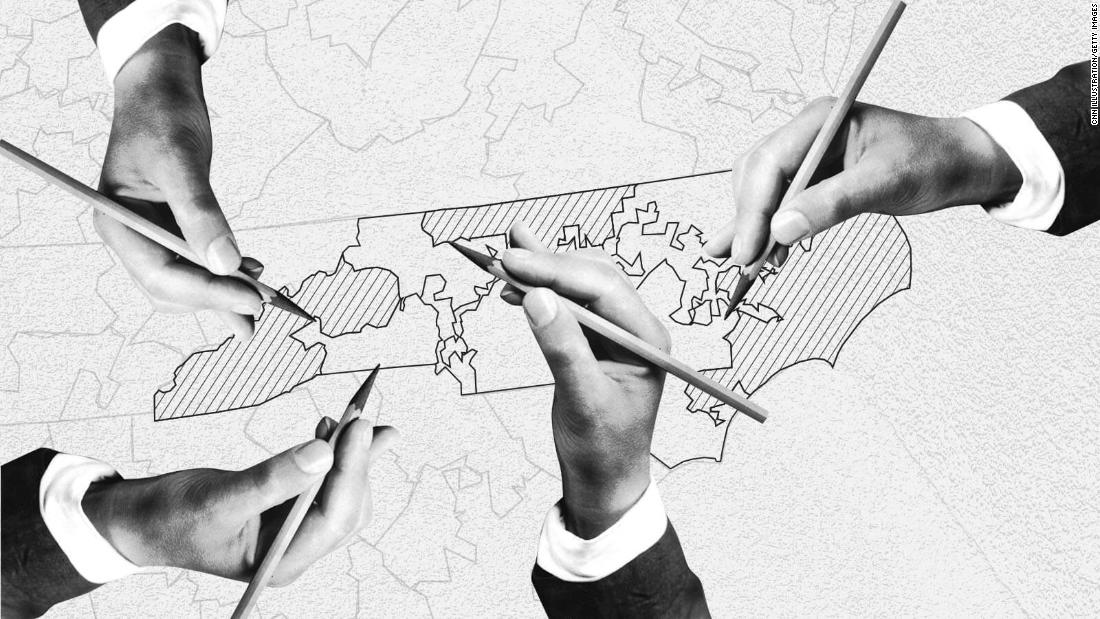 Or if not voter disenfranchisement, then voter fraud — particularly as former President Donald Trump continues to try to discredit the 2020 election despite zero actual evidence of fraud.
And you would be wrong! On both counts!
It’s actually gerrymandering — the drawing of outlandish legislative and congressional districts for purely political reasons — that bugs people the most.

That’s according to a new AP-NORC national poll, where two-thirds of Americans say that “states drawing legislative districts that intentionally favor one party” is a “major problem” in the country. That is far more than say that eligible voters being blocked from voting (46%) or non-eligible voters casting ballots (40%) are a “major problem” in US elections.
Interesting, no? After all, redistricting — while hugely important — doesn’t draw near the headlines (or passions) of voter disenfranchisement or allegations of voter fraud.
So what gives? Well, while voter fraud and voter disenfranchisement are seen through purely partisan lenses (Democrats are broadly supportive of the latter as a major problem; ditto Republicans on the former), gerrymandered districts are a wrong that impacts both parties.
After all, when Democrats control the levers of powers in a state, history suggests they will seek to draw lines that maximize their numbers. Same goes for Republicans.
Gerrymandering is something all sides can hate. Which is why 74% of Democrats, 60% of Republicans and 63% of independents all say that it’s a major problem in the AP/NORC poll.
Public opinion may well explain why the number of states that use either independent or bipartisan committees to redraw legislative and congressional district lines is on the rise in recent years.
The Point: Who says redistricting — and gerrymandering — is too nerdy for the average person to care about???