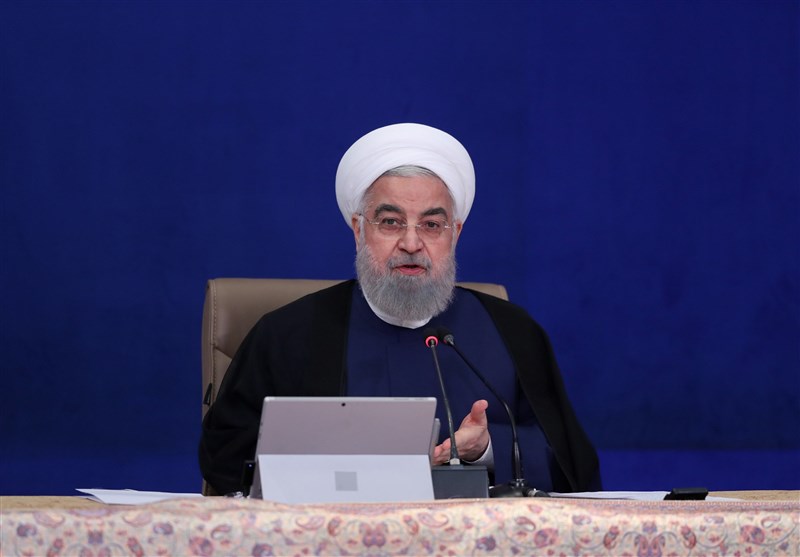 The negotiations underway in Vienna for the revival of the 2015 nuclear deal are progressing suitably, Iranian President Hassan Rouhani said, adding that the “main issues” concerning the US sanctions have been resolved.

Speaking at a cabinet session on Wednesday, Rouhani said the Iranian people’s patience has paid off, as “today the negotiations in Vienna are going on well.”

Linking Iran’s triumph to the patience of the people, his administration’s prudence, and Leader of the Islamic Revolution Ayatollah Seyed Ali Khamenei’s guidance, Rouhani said the country has paid a heavy price for such victories.

“Today, the main problems with the US have been settled,” the president stated, adding that his administration has fulfilled its pledge and managed to have the sanctions lifted twice, in 2015 and 2021.

He also said the Iranian administration struggled against a full-blown economic war for 3.5 years and its prudence prevented the administration of former US present Donald Trump from coming out of isolation, as even the traditional allies of Washington condemned Trump’s withdrawal from the Joint Comprehensive Plan of Action (JCPOA).

Never in history had Iran been able to defeat the US in cases at the United Nations and The Hague, Rouhani noted, saying that his administration has literally defeated the US.

He also pointed to the upcoming presidential election in Iran, describing the ballot boxes as a major achievement of the Islamic Revolution and a legacy of late founder of the Islamic Republic Imam Khomeini.

Rouhani called on people to attend the June 18 polls en masse and vote for the best candidate, whom he said must have the best plans and strategies.

The 13th presidential election in Iran will be held on June 18.

Seven candidates have been deemed qualified by the Constitutional Council to take part in the race.