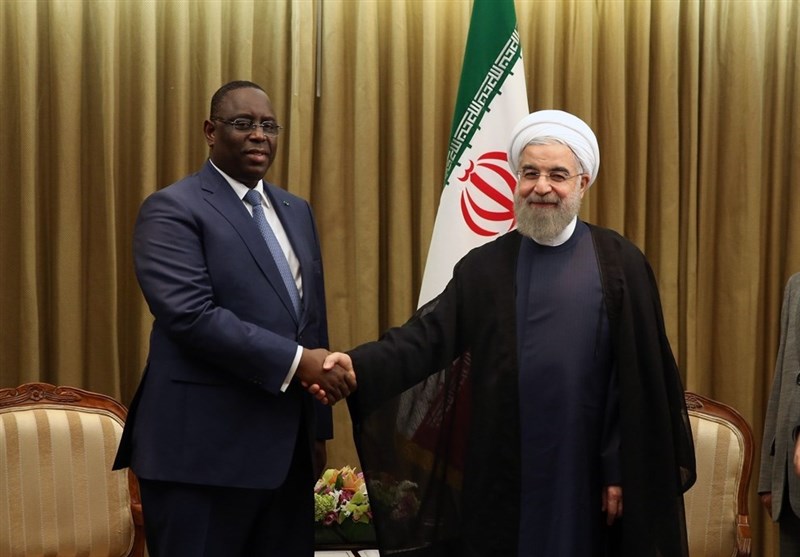 In a message in commemoration of the golden jubilee of establishment of diplomatic relations between Iran and Senegal, Iranian President Hassan Rouhani called for closer interaction between the two Muslim nations at the bilateral and international levels.

The Iranian president on Wednesday sent a message for his Senegalese counterpart Macky Sall in honor of the 50th anniversary of establishment of formal diplomatic ties between the two countries.

“Over the past half a century, the two friendly and brotherly states have capitalized on their good historic relations as well as religious and cultural commonalities and teachings, and have made great strides in promoting ties and mutual cooperation within the framework of mutual respect,” Rouhani added.

He also emphasized that the constant successful move to overcome the challenges and threats to the bilateral and international cooperation would depend on constructive interaction, cooperation, and joint efforts of the two countries.

The president finally wished the Senegalese leader and people health, success and prosperity.

In a meeting with Senegal’s ambassador to Tehran in February, the Iranian president hailed Senegal as a major country that could become the gateway to Iran’s relationship with other African nations.

Stressing the need for interaction between Iranian and Senegalese state-run and private sectors, Rouhani said the two countries can work closer in scientific, cultural, technological and academic fields.