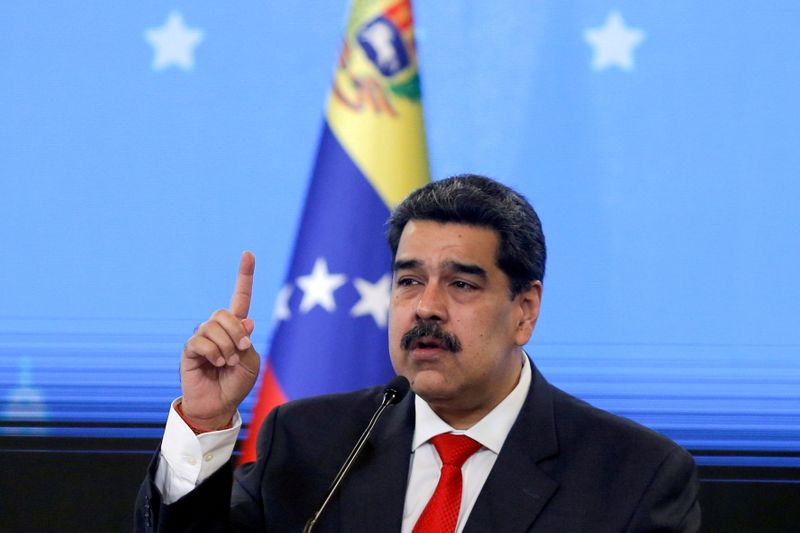 CARACAS (Reuters) – Talks between Venezuela’s government and the opposition about the country’s political crisis are expected to begin on Aug. 13 in Mexico, two sources with knowledge of the situation said on Wednesday.

The dialogue will be supported by international actors including Norway, which acted as a mediator in a previous dialogue proceeding in 2019 that collapsed before the two sides could hammer out a deal to ease the political standoff.

The sources said the dates could still shift, and that Aug. 15 is also a potential start date.

President Nicolas Maduro, who has overseen an economic collapse in the once-prosperous OPEC nation, has said he is willing to negotiate with opposition leader Juan Guaido.

But Maduro has said the agenda will have to be focused on lifting U.S. sanctions, most of which were created by former U.S. President Donald Trump in 2019 in efforts to force Maduro from power.

Guaido has said the opposition wants to use the talks to push for guarantees of free and fair elections, following broad criticism that Venezuela’s elections have been stacked in favor of the ruling Socialist Party.

President Joe Biden’s administration says it is reviewing the sanctions policies it inherited, but has not relaxed sanctions on Venezuela’s oil and financial sectors.

Washington has maintained support for Guaido, who it recognizes as the South American country’s rightful leader following Maduro’s disputed 2018 election.