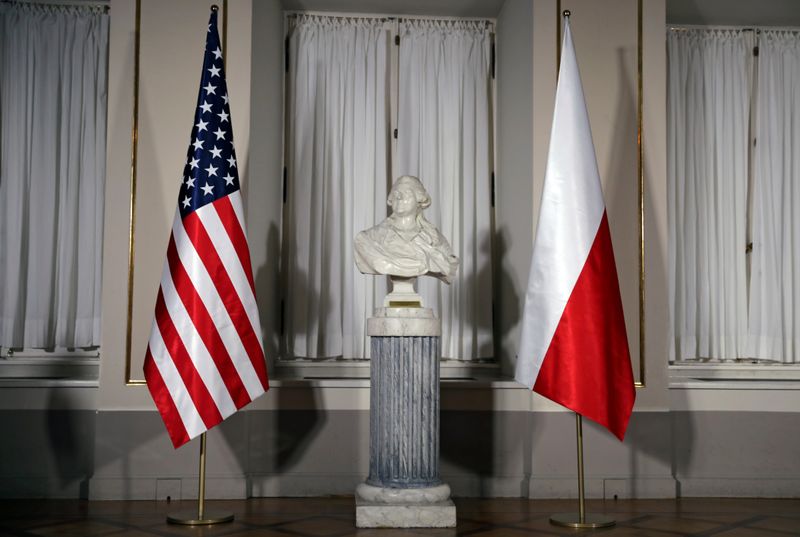 WASHINGTON (Reuters) -President Joe Biden picked Mark Brzezinski, a Democratic-aligned foreign policy official with ties to Poland, as his ambassador to the European country regarded as a key Western bulwark against Russia.

Biden has been eager to strengthen partnerships in Europe to counter both Russia’s and China’s assertive posture given cool relations between Washington and those countries. Poland and the United States are both members of the NATO military alliance.

The White House announced the pick on Wednesday.

Brzezinski, who speaks Polish, served as former President Barack Obama’s ambassador to Sweden, when Biden was vice president. He was also on the National Security Council under President Bill Clinton.

His father, Poland-born Zbigniew Brzezinski, was former President Jimmy Carter’s influential Cold War-era national security adviser, who advocated a tough stance countering what was then the Soviet Union and included Russia. Poland was in the Soviet sphere of influence for four decades until the collapse of Communist rule.

Democrats often accused Trump of being too easy on Russia and too quick to offend allies, charges he rejected.

In addition to his other diplomatic roles, Brzezinski was the first executive director of the White House’s Arctic Executive Steering Committee under Obama.

The region is of increasing military interest to both Russia and the United States as a warming climate opens up more opportunities for shipping, fishing, drilling and mining.

Despite the close security cooperation, the heavily Roman Catholic country and its Western allies occasionally clash over issues including judicial independence and LGBT rights.

The White House also said Biden had finalized his nominees for ambassadors to the African countries of Togo, Benin and Malawi, picking career foreign service members for each role. All of the positions require Senate confirmation.