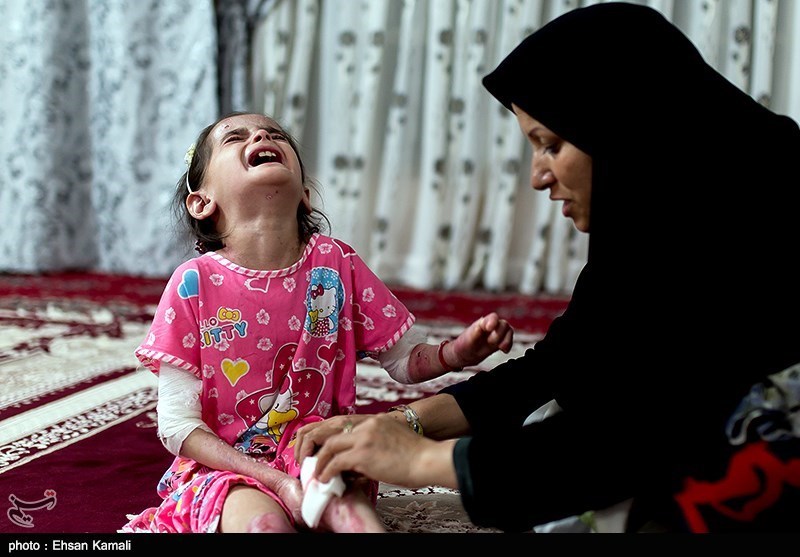 TEHRAN (Tasnim) – An Iranian diplomat said the unilateral coercive measures imposed by the US have impinged on every right of Iranians, including the right to development, the right to a healthy environment and the right to enjoy social welfare.

In an address to a meeting of the Economic and Financial Committee (Second Committee) of the UN General Assembly on “Sustainable Development and its Sub-Items”, held in New York on October 11, Second Secretary of the Ministry of Foreign Affairs of Iran Nooshin Teymourpour denounced the US sanctions for limiting Iran’s access to modern technologies and predictable financial resources.

She said the unlawfully imposed sanctions have adversely affected Iran’s national plans to conserve biodiversity, impaired its capabilities to halt the degradation of ecosystems and have left no access to the means of implementation for climate action.

What follows is the full text of her statement:

My delegation would like to associate itself with the statement delivered by Pakistan and Venezuela on behalf of the Group of 77 and China and the Group of Friends in Defense of the Charter of the United Nations.

According to the 2022 Sustainable Development Goals Report, cascading and interlinked crises are dangerously jeopardizing the Agenda for Sustainable Development. The Report, which is prepared by the UN DESA in collaboration with more than 50 international and regional agencies based on data from over 200 countries and territories, claims that it highlights the severity and magnitude of the challenges before us. While this report correctly identifies the numerous challenges and obstacles to achieving sustainable development goals, it also refrains from making a single reference or even the slightest mention of unilateralism and unilateral coercive economic measures as one of the most important challenges facing many countries in the achievement of sustainable development. This is while paragraph 30 of the Agenda explicitly and strongly urges all countries from promulgating such measures.

When the only official UN report that monitors global progress on the Agenda for Sustainable Development closes its eyes deliberately and due to political considerations regarding one of the most important challenges on the path of sustainable development and simultaneously ignores one of the main paragraphs of the Agenda, how can we accept the claim that “no one will be left behind” as an honest statement?

Unfortunately, and surprisingly, there is no mention of the need to promote multilateralism in this report, nor is there any criticism of unilateralism and its negative impacts on sustainable development as if no such problem exists in the world despite the fact that the politicization of development is a painful reality. We hope that in the next report, the authors will take a more realistic and less political approach.

Given Iran’s geographical location and its susceptibility to natural disasters, our Country has encountered numerous challenges such as flooding, land degradation, desertification, sand and dust storms, water scarcity and more unstable climate conditions on the one hand. On the other hand, Iran has grappled with the threat of illegal unilateral coercive measures as well as foreign-sponsored terrorism and extremist violence. The result is that often, instead of focusing on ways to reverse poverty, environmental destruction and development impediments, governments are obliged to commit their limited national resources to fighting insecurity.

During recent years, Iran has accelerated its efforts in areas that support policies and programs which ensure more inclusive and sustainable development. However, it is unfortunate that such efforts towards national development are not backed by adequate international support, especially in mobilizing the available means of implementation.

Developing countries are, as always, disproportionately affected by the adverse implications of climate change. The effective implementation of United Nations environmental conventions would depend on the provision of financial resources and the transfer of technology. However, it is a matter of grave concern that after three decades, the developed countries have not fulfilled their commitments under these conventions, especially with respect to the transfer of technology and provision of financial resources.

Access to modern technologies and predictable financial resources continue to be limited for the Islamic Republic of Iran, not only because of the unwillingness of developed countries to implement their commitments to support developing countries, but also due to its position as a target of the continued imposition of unilateral coercive measures by the United States.

Such illegal actions which contravene the principles of unity and solidarity have impinged on every right of Iranians, including the right to development, the right to a healthy environment and the right to enjoy social welfare. Unlawfully imposed sanctions have adversely affected our national plans to conserve biodiversity, impaired our capabilities to halt the degradation of ecosystems and have left no access to the means of implementation for climate action.

Sand and dust storms are just one of the numerous multilayered challenges that we face across the world. Despite the fact that more than 150 countries around the world suffer from this phenomenon according to numerous reports of the United Nations and Specialized Agencies, our take in our region is more severe, more frequent and more complex due to the interconnectedness between drought, desertification, unsustainable development plans and countless additional factors. As far as the harmful impact of sand and dust storms is concerned, we need to synergize our efforts to mitigate its impact and to adapt our economies to this long-term environmental challenge.

Due to the transboundary nature of sand and dust storms and in order to enhance regional collaboration, the Regional Ministerial Meeting on “Environmental cooperation for a better future” took place in Tehran in July 2022 which aimed to find solutions for transboundary environmental challenges, especially the sand and dust storms issue. Its Ministerial Declaration has welcomed the idea of developing a regional agreement to enhance cooperation among the countries in the region and created a regional fund to financially support the implementation of joint projects for combating sand and dust storms in their respective countries.

Despite all restraints, national economic empowerment plans aiming to reduce the economic consequences during the pandemic are focused on people in vulnerable situations, including women heads of households and rural women and girls. Several infrastructure investments have been made in the field of health, education, empowerment and creating access to digital and internet facilities for Iranian women, the result of which is as follows:

As a result of intensified efforts to enhance the managerial skills and executive expertise of women employees and, consequently, increase the participation of women in decision-making, the Government has appointed more women to managerial positions. This rate has risen from 13 percent in 2017 to more than 25 percent in 2021.

In Iran, women constitute 73 percent of health professionals and 49 percent of physicians.

To conclude, Madam Chair, we have to ensure that the slogan in the agenda that no one will be left behind will not remain a decorative matter. We believe that this slogan is the DNA and backbone of the Agenda, without which no sustainable development will be realized and towards which we have to take constructive, efficient, and serious steps. This would not happen without working together and taking effective and immediate measures to put an end to UCMs.