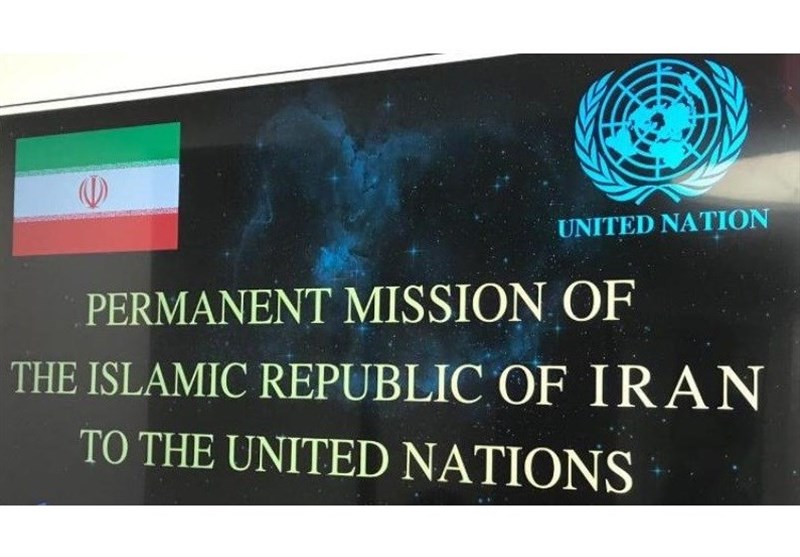 TEHRAN (Tasnim) – The permanent mission of Iran to the United Nations categorically rejected the unsubstantiated claims that Tehran has sold unmanned aerial vehicles for use in the Ukraine war, reiterating the Islamic Republic’s support for peace and ending the conflict.

The Iranian UN mission issued a statement on October 12 to clarify the country’s position on the situation in Ukraine.

The statement is as follows:

In the Name of God, the Compassionate, the Merciful;

1. Since the beginning of the crisis in Ukraine, the Islamic Republic of Iran has taken a clear, consistent, and unwavering position, emphasizing that all UN Member States must fully respect the purposes and principles enshrined in the United Nations Charter as well as international law, including sovereignty, independence, unity, and territorial integrity.

2. As a country that has been confronted with and affected by the devastation caused by an imposed war, the Islamic Republic of Iran opposes any conflict or war anywhere in the world.

3. The Islamic Republic of Iran has consistently supported peace and ended the conflict in Ukraine and urged the parties to exercise restraint, avoid escalating tensions, and engage in a meaningful process for addressing the root causes of the situation and settling their disputes through peaceful means. It also urged the parties to uphold their obligations under international humanitarian law and conduct consultations to protect civilians and critical infrastructure from military targets or attacks.

4. At the same time, the Islamic Republic of Iran has also rejected any political isolation, unilateral sanctions, or pressure, as well as any provocative measures that would only aggravate the situation and make a peaceful resolution more difficult. Similarly, the West’s extensive military support for Ukraine could not be intended to bring the war to a close, but rather to escalate the conflict and increase damage and destruction.

6. The Islamic Republic of Iran categorically rejects and strongly condemns unfounded and unsubstantiated claims that it sold unmanned aerial vehicles for use in Ukraine’s conflict. Such unfounded claims, which are solely based on false flags and fabricated assumptions, are nothing more than a propaganda apparatus launched by certain states to further their political agenda. In this regard, the Government of the Islamic Republic of Iran, in good faith and in accordance with its constructive approach toward the Ukraine crisis, stands ready to engage constructively in joint technical and expert cooperation to clarify the unfounded accusations leveled against Iran.

7. The Islamic Republic of Iran emphasizes that all of its arms exports have been carried out in full compliance with its relevant commitments under international law, and applicable rules and regulations governing international trade in conventional weapons.

8. The Islamic Republic of Iran will continue its constructive engagement to help the peaceful resolution of this crisis.