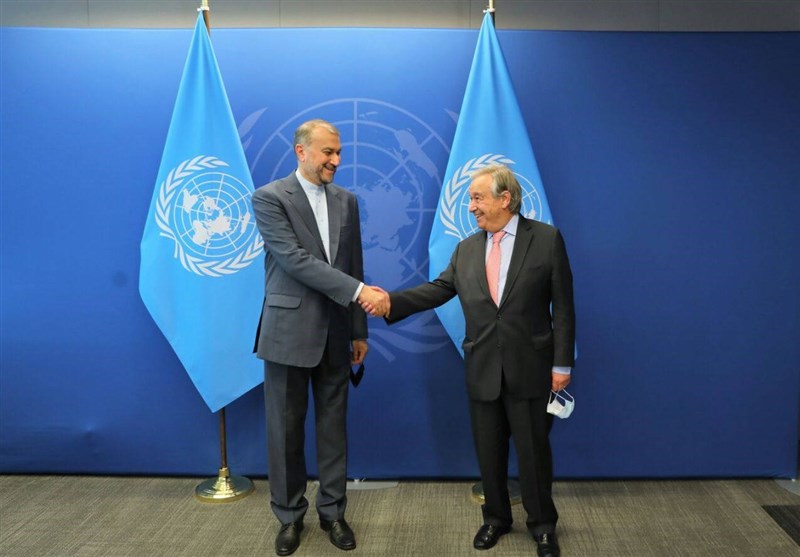 TEHRAN (Tasnim) – The secretary general of the United Nations praised Iran for contributing to regional peace and security.

In a meeting with Iranian Foreign Minister Hossein Amirabdollahian at the UN headquarters, Antonio Guterres appreciated Iran’s significant role in contributing to regional peace and security.

He also voiced the UN’s support for the return of all parties to the Joint Comprehensive Plan of Action (JCPOA), expressing hope for the revival of the 2015 nuclear deal.

For his part, the top Iranian diplomat said much progress has been achieved in the talks on the removal of the sanctions against Iran and the revival of the JCPOA, adding, “We believe that the (final) agreement will be achievable if the American side acts realistically.”

On the recent developments in Iran following the death of a young lady at a police station, Amirabdollahian described the Islamic Republic as a democratic establishment, noting, “We believe that people have the right to peaceful protests, but peaceful protest is different from chaos and upsetting the country’s public order.”

The Iranian foreign minister has held dozens of meetings with foreign officials on the sidelines of the UN General Assembly in recent days.