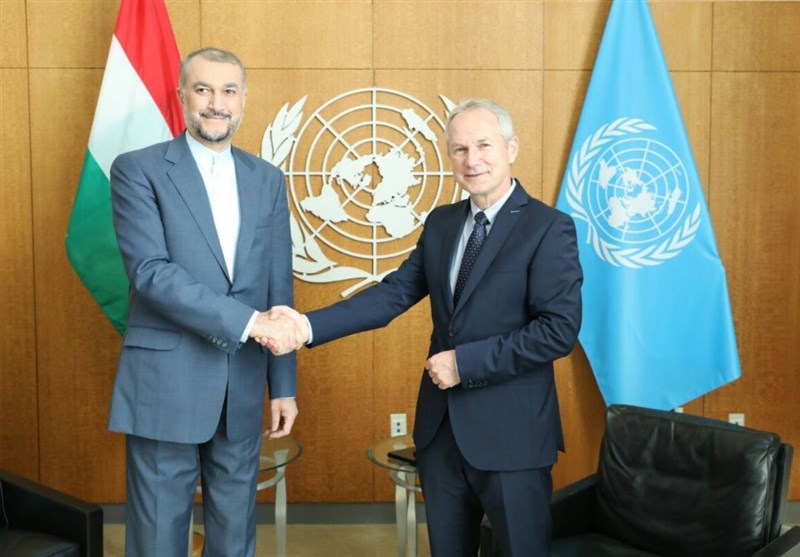 TEHRAN (Tasnim) – Describing terrorism and extremism as the main challenges in the Middle East region, Iranian Foreign Minister Hossein Amirabdollahian voiced concern about the escalation of tensions in Afghanistan.

In a meeting with the president of the 77th session of the UN General Assembly, Csaba Korosi, held at the UN headquarters on Tuesday, the Iranian foreign minister said terrorism and extremism are still the major challenges in the Middle East region which, following the escalation of tensions in Afghanistan, have become the main source of concern for regional states.

Pointing to the importance that Iran attaches to the UN General Assembly’s position, Amirabdollahian expressed hope that the current session would provide an opportunity for addressing global challenges to international peace and security.

Referring to a resolution initiated by Iran on the collective action against dust pollution, the foreign minister described it as a common problem of regional countries that threatens the lives of millions of people. He also hoped that the UNGA would attract global attention to the need to counter this phenomenon.

For his part, Korosi highlighted Iran’s diplomatic capabilities, hoping that Tehran would play a more active role in brokering compromises in the UNGA resolutions.

Pointing to the UN Security Council’s inability to address many international issues, the Hungarian diplomat said the UNSC is expected to be more active in addressing the issues relating to global security.

He also mentioned the public concerns about water security in the world, expressing hope for Iran’s active participation in the next International Conference on Water Resources Management and Sustainability.