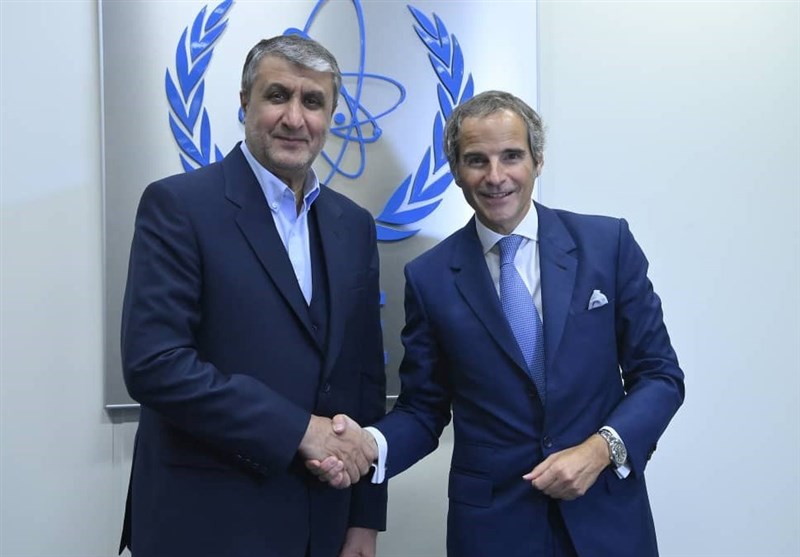 During their meeting on the sidelines of the 66th Regular Session of the IAEA General Conference, Iran’s nuclear chief and the head of the UN’s nuclear agency exchanged views on clarification of outstanding safeguards issues, as attempts to revive the US-abandoned nuclear deal stall.

“Dialogue has restarted with Iran on clarification of outstanding safeguards issues,” Grossi said in a tweet later in the day, posting pictures of his meeting with Eslami. 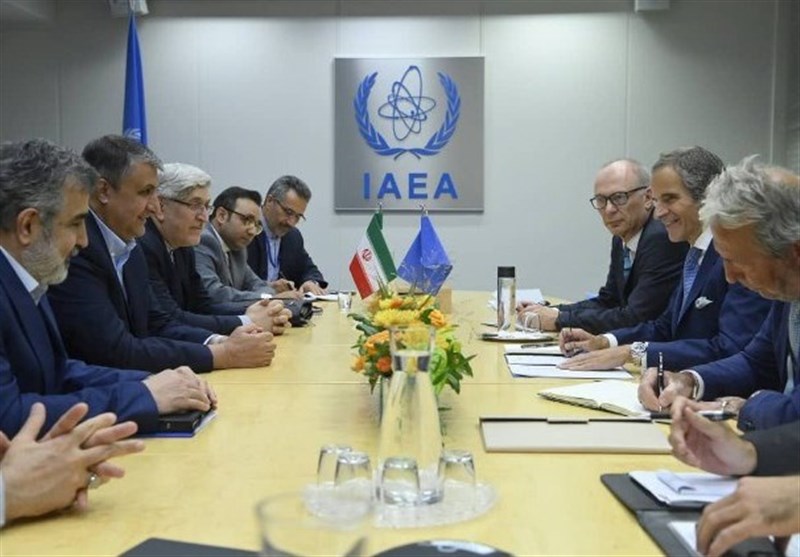 In an earlier address to the IAEA General Conference, the top Iranian official had strongly rejected all accusations, including those by the UN nuclear watchdog, about the existence of undeclared nuclear activities or material in Iran, saying they were merely based on “fake” and “incorrect” information providing by the “usurping regime of Israel.”

Eslami then said the Islamic Republic expects the IAEA to be professional, impartial and independent in its activities, including reporting, inspections and verification.

Iran’s Foreign Minister Hossein Amirabdollahian also said that the Islamic Republic is prepared to cooperate with the UN nuclear watchdog on resolving the remaining questions concerning its nuclear activities as long as the agency’s approach to the country is purely technical in nature.

The developments come amid stalled talks in Vienna on reviving the 2015 nuclear deal, officially called the Joint Comprehensive Plan of Action (JCPOA), which was unilaterally abandoned by the United States in 2018.

In exiting the JCPOA, the US initiated a “maximum pressure” policy against Tehran, prompting the Islamic Republic to reduce its nuclear commitments in a legal move stipulated under the deal itself.