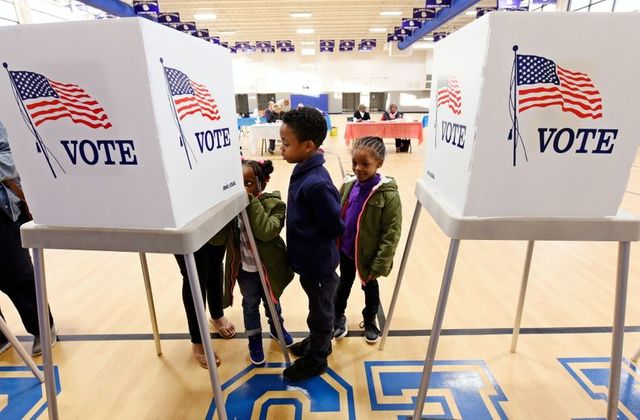 The indictment of a far-right internet activist on charges of interfering with the 2016 U.S. election reflects a strategic shift by the Department of Justice and sets the stage for new cases against more prominent right-wing actors, according to people familiar with the matter.

Federal prosecutors debated for years whether and how to pursue criminal cases against Americans suspected of disseminating false voting instructions to manipulate the election, three people with knowledge of the discussions said.

While some officials wanted to bring a multitude of charges, others felt it would be too difficult to bring a voter-suppression case based on online messaging, the people said. The hurdles include free-speech rights, the difficulty in establishing intent and the challenge of showing that anyone failed to vote because a specific person misled them.

But after former President Trump’s Attorney General William Barr resigned in December, a compromise emerged: One charge to start, against a demonstrably influential person, where evidence pointed to a real impact, the sources told Reuters.

The Department’s first target is Douglass Mackey, who was identified in 2018 as the man behind the Twitter persona ‘Ricky Vaughn.’ Authorities arrested him in January on a rare charge of “conspiracy against rights” for falsely telling people they could vote by text.

As Vaughn, Mackey was one of the most prolific boosters of @TEN_GOP Twitter handle, a purported Tennessee Republican Party Twitter account actually controlled by the Internet Research Agency, the notorious Russian government contractor later indicted by Special counsel Robert Mueller.

Mackey’s own Twitter activities were so effective that one study ranked him as more influential than NBC and CBS. Phone records cited in the new court filings show that at least 4,900 people had texted the number he advertised.

Mackey’s attorney, Tor Ekeland, said neither he nor his client would comment on the case.

People familiar with the new Justice Department strategy said that the prosecutors aim to press on toward even higher-profile offenders, potentially including some of Mackey’s four alleged co-conspirators, who have not been indicted and are identified only by their Twitter user numbers.

Thornley, a lawyer for one of the alleged co-conspirators, Tim Gionet, told Reuters that Gionet was innocent, adding that the details about the four in the FBI complaint reinforced his belief that FBI was hoping to turn members of that group against each other.

Gionet, a banned YouTube prankster and former BuzzFeed social media strategist calling himself Baked Alaska, is well-known. A week before the vote-by-text complaint, Gionet was arrested for participating in the Jan. 6 riot inside the U.S. Capitol, where the FBI says video showed him refusing police orders.

Thornley said his client’s actions on Twitter were protected free speech. And with new laws around voting rights a major political issue, he said it was suspicious that the criminal case went forward only after the Biden Administration took over.

The FBI has been trying to learn if the apparent attempt at suppressing votes came from within that Twitter group, or whether it may have been seeded by Russian actors or others, the people familiar with the probe said.

Another alleged co-conspirator, known as MicroChip, could be the key to finding an answer.

MicroChip’s real name has not come to light, and Reuters attempts to reach him were unsuccessful.

Though not well known to the broader public, MicroChip was extremely influential behind the scenes and closely followed by many fervent Trump fans.

“He was one of the ‘generals,’ in a sense, of the online digital armies of that time,” said Renee DiResta, a Stanford University expert who previously researched online influence for the Senate intelligence committee.

MicroChip’ many accounts spewed racist comments and pushed a rapidly changing slate of divisive stories on topics that Russian government contractors also embraced. “There was definitely some overlap with his trends and IRA trends,” DiResta said, referring to the Internet Research Agency.

After revelations about Russian efforts to influence the election, Twitter suspended thousands of IRA accounts and archived them for researchers.

The archives show that the Russian accounts mentioned and tweeted MicroChip accounts extensively. Around the 2016 election, when Russian troll activity was peaking, they cited MicroChip as many as 35 times in a day, according to a tally by researcher Chris Scott.

Beyond that support, the IRA accounts propelled all the hashtags MicroChip told the press he had driven, including #PizzaGate, #SpiritCooking, and #CruzSexScandal.

MicroChip made those claims, and told a BuzzFeed reporter that he was a patriot from Utah, at the same time that Congress was hearing testimony about the extent of Russia’s election efforts.

MicroChip also worked with more mainstream right-wing influencers, including Jack Posobiec of the Trump-supporting cable channel One America News Network. In September of 2018, he spoke to Posobiec on air in a digitally altered voice.

In that interview, Posobiec vouched for MicroChip’s claim that he had invented QAnon, again directing attention away from Russia. But a dated chat log MicroChip used to back up his story on air was soon called out by researchers as a fake, because it included an article that had not been published before the log’s purported date.

One America News Network did not respond to a request for comment.