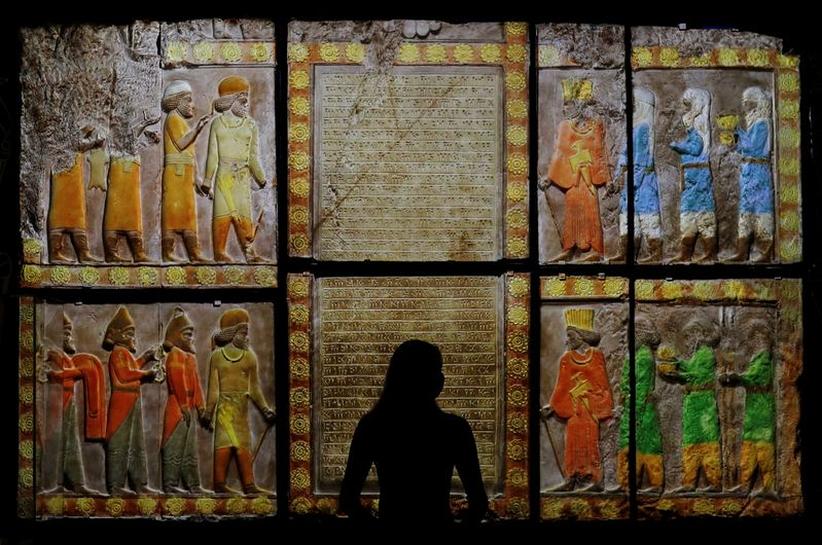 From ancient sculptures to contemporary photographs, objects spanning 5,000 years of Iranian art, culture and design go on display at London’s Victoria & Albert (V&A) museum this week in the first such major exhibition in Britain in 90 years.

“Epic Iran”, which opens to the public on Saturday, features more than 300 items from ancient, Islamic and contemporary Iran, including manuscripts, ceramics, carpets, textiles as well as photos, the museum said.

The exhibition is made up of 10 sections, including “The Persian Empire”, spanning the Achaemenid period, “Change of Faith”, which focuses on the role of Islam in Iranian culture and “Literary Excellence” looking at Persian poetry. 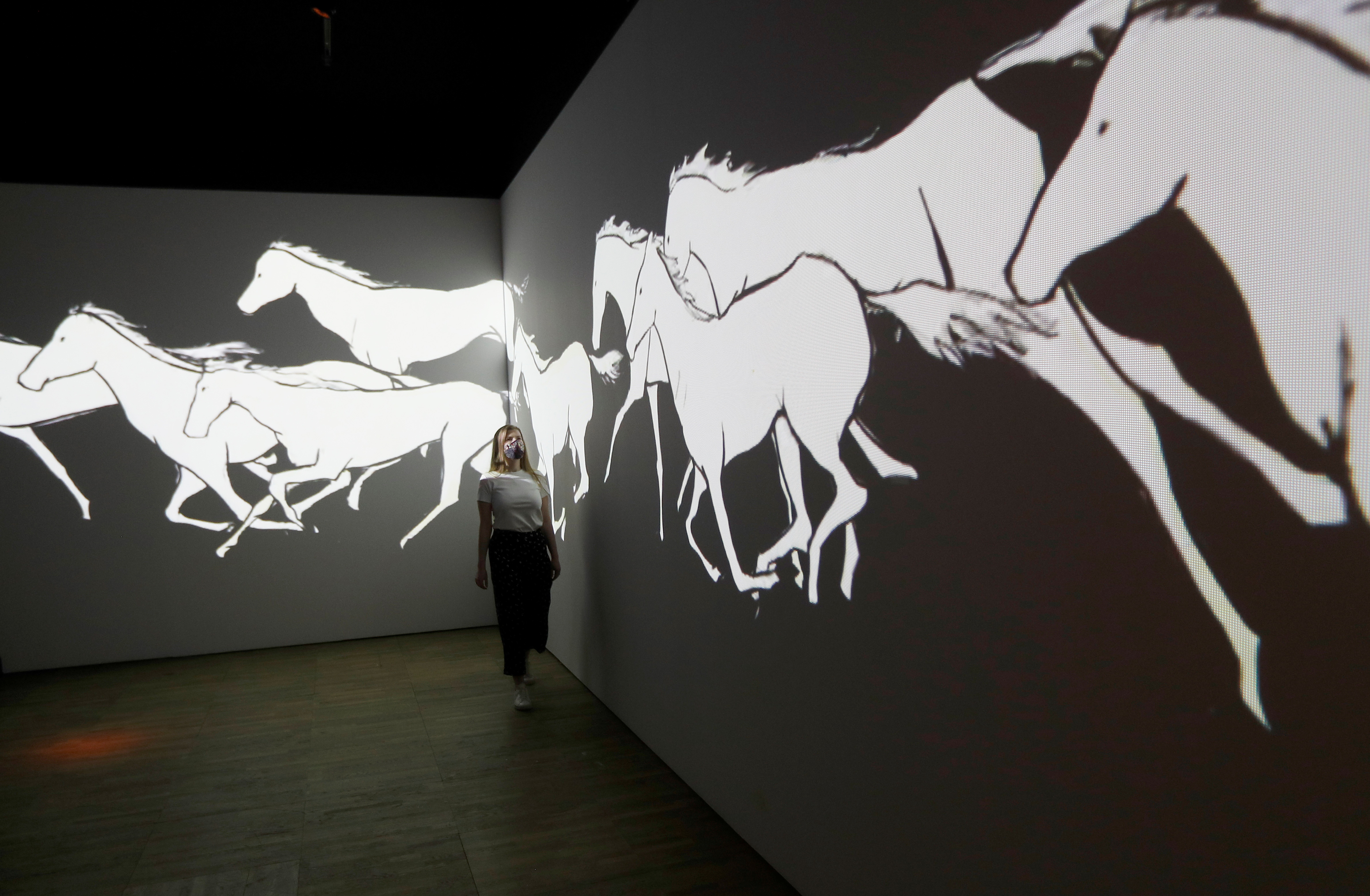 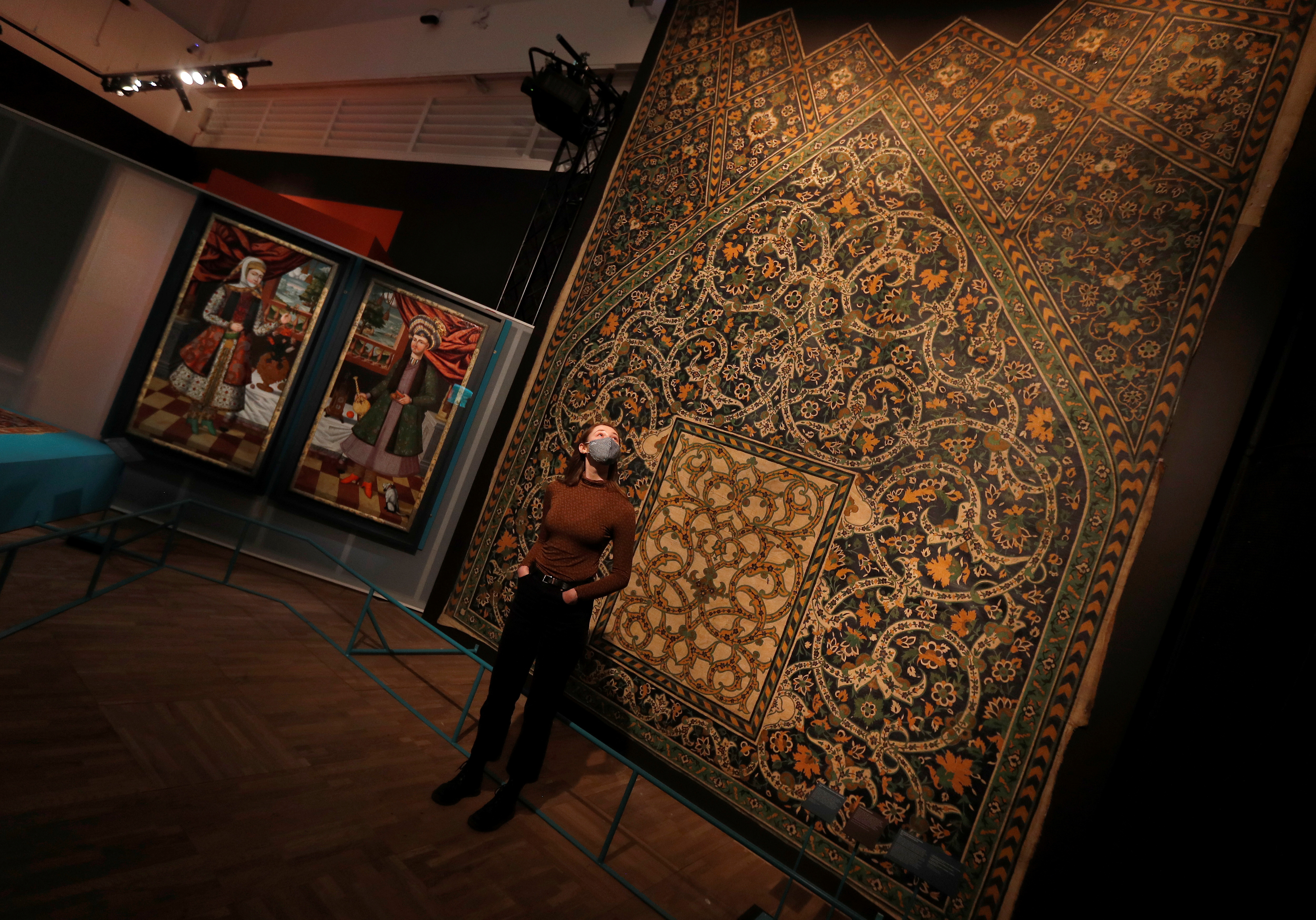 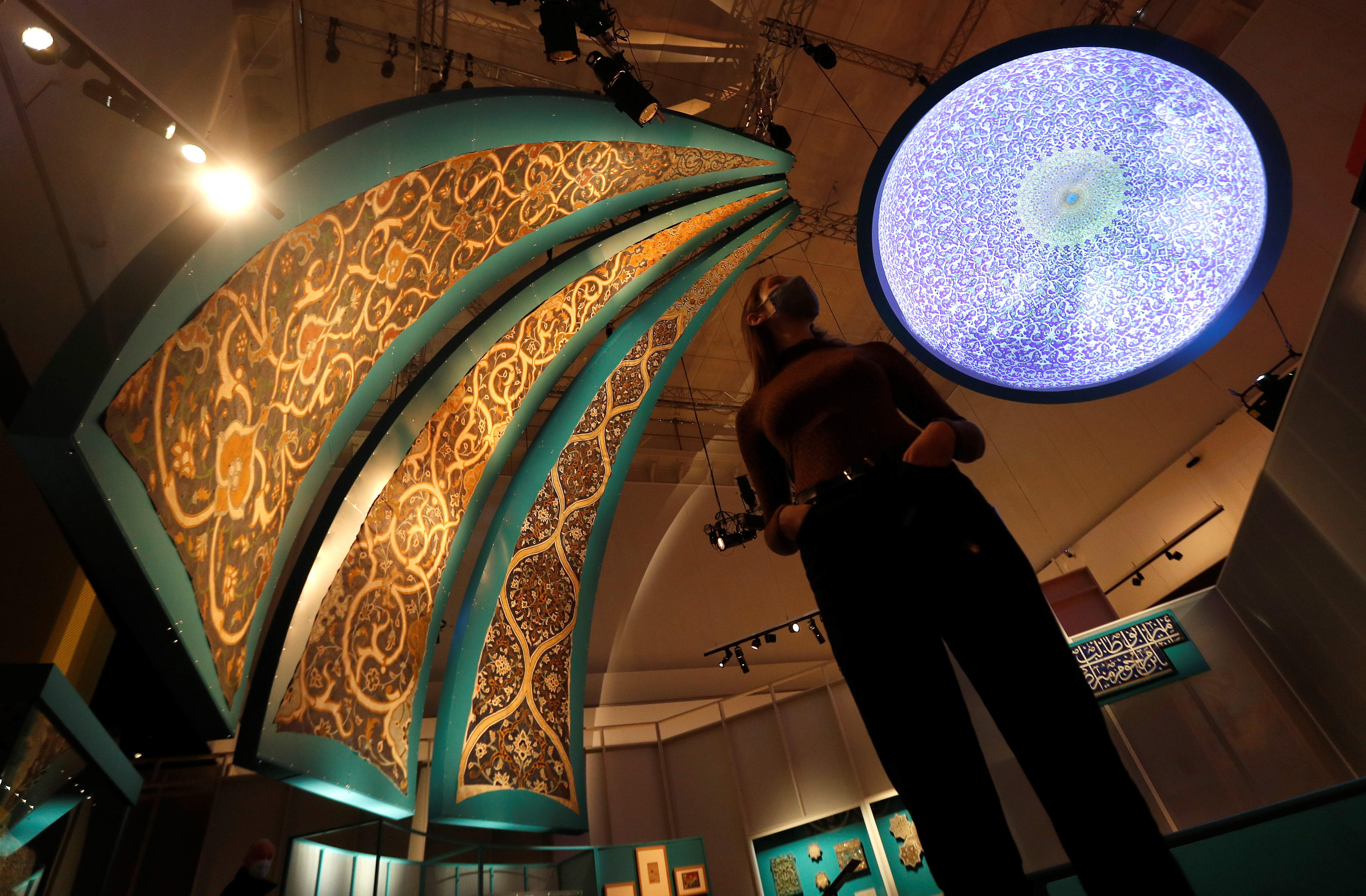 A V&A employee looks up at a full size replica of tiles from Isfahan on display at Epic Iran, an exhibition soon to open at the V&A in London, Britain, May 25, 2021. REUTERS/Peter Nicholls

“It’s only quite recently that people are recognising that Iran has got this wonderful, rich artistic tradition, wonderful cultural heritage stretching back many, many, many years,” co-curator John Curtis told Reuters.

Artefacts on show, either collected over time by the museum or on loan, include ancient relics such as the Cyrus Cylinder and Lion Rhyton as well as more contemporary items like Shirin Aliabadi’s photograph of a woman blowing bubblegum.

“Obviously it’s been a very difficult time to put together an exhibition … it hasn’t been possible to bring objects from Iran,” Curtis said, referring to the COVID-19 pandemic and sanctions reimposed on Iran after former U.S. President Donald Trump exited a 2015 nuclear deal in 2018.

“We have had to source objects from other places and I think we’ve been very successful in doing that … what you see here gives everybody a rounded picture of the great civilisations of Iran.”