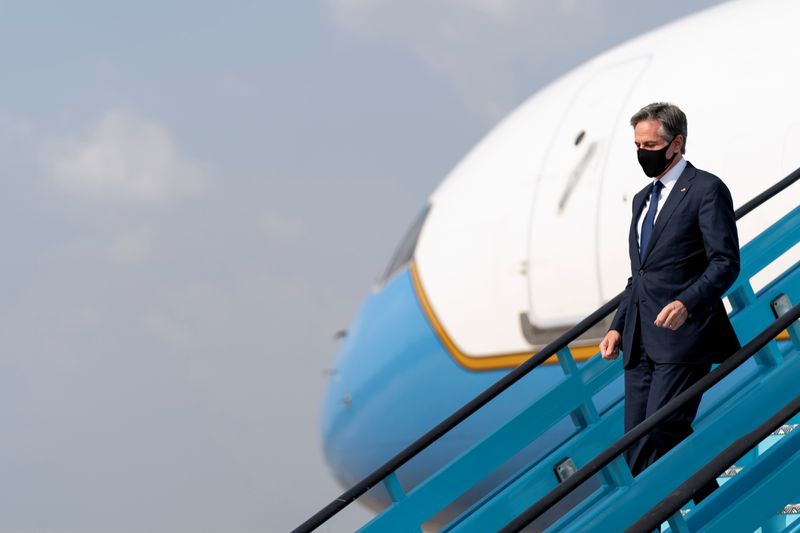 Blinken’s three-nation Africa trip started in Kenya, where he reiterated calls for an unconditional ceasefire in the Ethiopian conflict and appealed for a return to civilian democracy in Sudan after last month’s coup.

In Africa’s most populous nation Nigeria, Blinken would discuss domestic and regional security with Buhari and his officials, including possible U.S. military and intelligence support for Nigeria’s counter-terrorism efforts, officials in the presidency said.

Discussions would also include cooperation on global health security, expanding energy access and economic growth and revitalising democracy in the region, they said.

Ahead of his arrival in Abuja, Blinken removed Nigeria from a list of countries with religious freedom concerns, drawing a sharp rebuke from a U.S. government commission that had recommended the Biden administration keep Nigeria as a so-called country of particular concern.

Blinken’s trip to the region comes at a time when several crises are engulfing the continent, including the war in northern Ethiopia and Sudan’s military coup. Those come on the heels of another coup earlier this year in Guinea and two others in Mali and Chad in 2020.

On Friday, Blinken will lay out in a speech President Joe Biden’s policy towards Africa.

A key priority of the Biden administration has been to revitalise its alliances worldwide after four years of unilateralist nationalism pursued by former President Donald Trump.