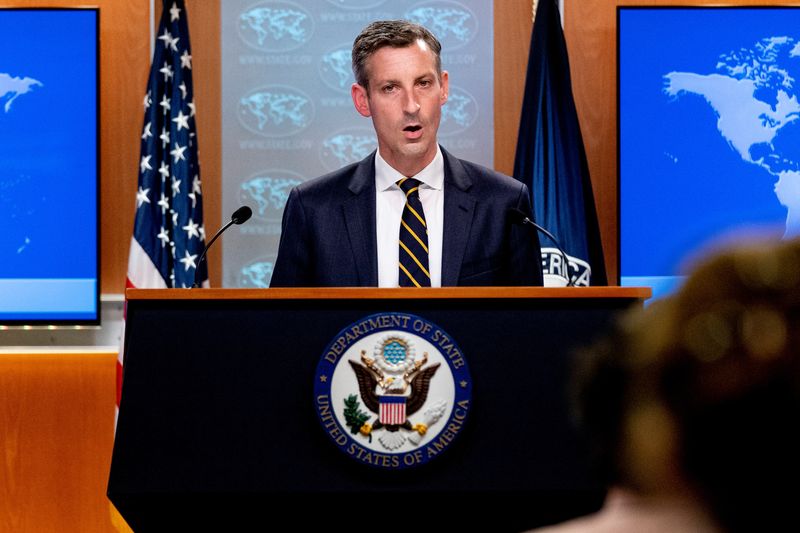 WASHINGTON (Reuters) -Nuclear deal talks with Iran in Vienna have shown modest progress and the United States hopes to build on that this week, State Department spokesman Ned Price said on Tuesday amid efforts to revive a 2015 agreement.

The Joint Comprehensive Plan of Action (JCPOA) lifted sanctions against Tehran in exchange for restrictions on its atomic activities but Donald Trump pulled Washington out of the deal in 2018, a year after he took office.

Iran later breached many of the deal’s nuclear restrictions and kept pushing well beyond them. Tehran says it has never pursued the development of nuclear weapons.

In the latest round of indirect talks between Iran and the United States in Vienna, Tehran is focused on getting U.S. sanctions lifted again.

“There was some modest progress in the talks last week. We hope to build on that this week,” Price told reporters.

“Sanctions relief and the steps that the United States would take… when it comes to sanctions together with the nuclear steps that Iran would need to take if we were to achieve a mutual return to compliance with the JCPOA – that’s really at the heart of the negotiations that are ongoing in Vienna right now.”