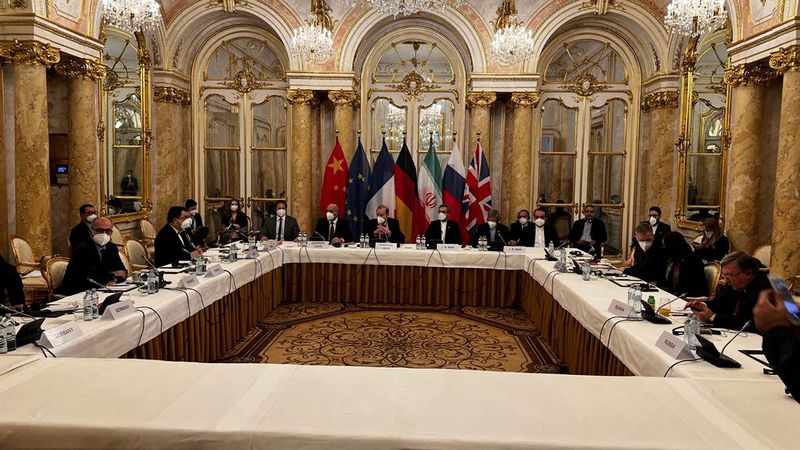 WASHINGTON (Reuters) – A senior member of the U.S. team negotiating with Iran has left the role amid a report of differences of opinion on the way forward, as the urgency to salvage the 2015 Iran nuclear deal intensifies.

A State Department official confirmed on Monday that Richard Nephew, U.S. Deputy Special Envoy for Iran, is no longer on the negotiating team, but was still a State Department employee. The official did not give a reason for the change but said personnel moves were ‘very common’ a year into an administration.

The Wall Street Journal earlier reported that Nephew left after differences of opinion within the U.S. negotiating team on Iran. The paper said he had advocated a tougher posture in the current negotiations.

The departure comes at a critical time as the United States and its European allies last week said there were just weeks to salvage the 2015 Iran nuclear deal, formally called the Joint Comprehensive Plan of Action (JCPOA).

Indirect talks between Iran and the United States resumed almost two months ago. Western diplomats have indicated they were hoping for a breakthrough over the next few weeks, but sharp differences remain. Iran has rejected any deadline imposed by Western powers.

Diplomats and analysts say the longer Iran remains outside the deal, the more nuclear expertise it will gain, shortening the time it might need to race to build a bomb if it chose to, thereby undermining the accord’s original purpose. Tehran denies it has ever sought to develop nuclear arms.

The State Department official said the withdrawal of the Trump administration from the JCPOA had left the Biden administration with a crisis. Finding a way forward could lead to disagreements.

“Working our way out of this crisis requires many difficult, closely balanced decisions, on which there can be reasonable disagreement … The senior-most levels of our Government have given careful consideration to these choices, weighed multiple views, and settled on a policy,” the official said.

The U.S. State Department on Monday repeated that it remains open to meeting with Iranian officials directly to discuss the nuclear deal and other issues after Iran’s foreign minister said Tehran would consider this but had made no decisions.

“We are prepared to meet directly. We have consistently held the position that it would be much more productive to engage with Iran directly on both JCPOA negotiations and on other issues,” State Department spokesman Ned Price told reporters.

Price also said the United States had not made Iran’s release of four Americans a condition of reaching an agreement on reviving the nuclear deal, saying that achieving such an agreement was “at best, an uncertain proposition.”

Iranian Americans, whose U.S. citizenship is not recognized by Tehran, are often pawns between the two nations, now at odds over whether to revive the fraying 2015 pact under which Iran limited its nuclear program in return for sanctions relief.