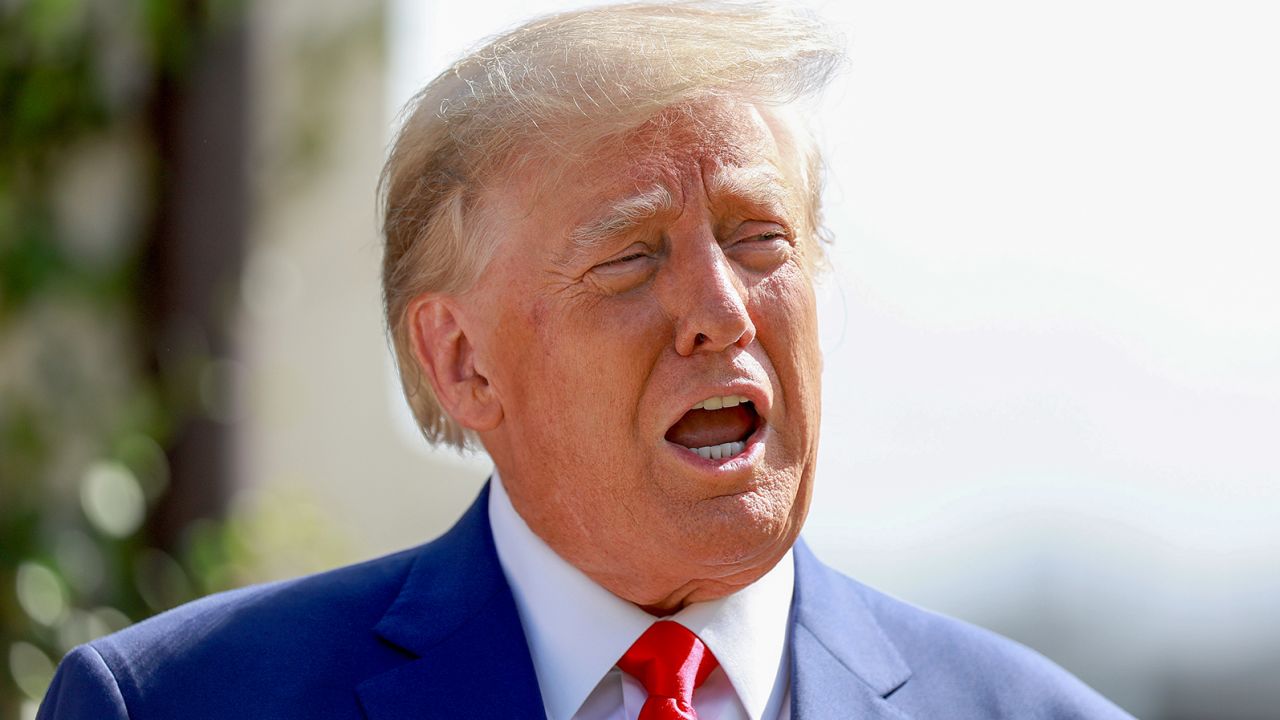 Donald Trump had a bad day in court on Tuesday – or, more accurately, courts.

The former president absorbed a stunning defeat at the Supreme Court over his long-running campaign to hide his tax returns, which are now set to land before a Democratic-run House committee. Republican-appointed appeals court judges, meanwhile, appeared cool to his latest bid to slow the Mar-a-Lago classified documents case. A New York judge set an October 2023 trial date for the state’s $250 million case alleging fraud against Trump, three of his children and his organization, which will fall just before Republican presidential primary season. And as the hangover lingers from his false claims of fraud in 2020, Trump ally Sen. Lindsey Graham testified to a Georgia grand jury probing the ex-president’s alleged election stealing bid.

Given Trump’s massive legal exposure, and habit of using the courts’ deliberative pace to postpone accountability, it’s not unusual for him to have a tough time on the same day in simultaneously running cases.

But Tuesday’s developments marked the first time that the legal chaos and jeopardy that surround him has come fully into focus since he declared his third bid for the Republican presidential nomination last week. It’s the first test of whether the swirling courtroom peril facing him on multiple fronts will detract from his capacity to mount a credible campaign and whether it will put off GOP primary voters who may consider an alternative candidate.

Several developments on Tuesday – including in the documents case and the reality that Trump’s tax returns will soon make it into the hands of Democrats weeks before Republicans take control of the House – suggest two consistent Trump legal strategies may begin to fray. The first is his contention that he, as an ex-president, deserves different treatment under the law than other American citizens. The second is that his delay, delay, delay approach may be reaching the limits of its utility. Still, the former president has long managed to keep scandals that might have felled other politicians at arm’s length. And he is sure to leverage fresh twists in the cases to bolster the persecution narrative that is central to his new campaign for the White House.

But outgoing Arkansas Gov. Asa Hutchinson, who is also considering a 2024 Republican presidential primary campaign, said on CNN on Tuesday that the fresh evidence of turmoil surrounding Trump could be a turn-off for GOP voters.

“It’s dizzying for the public to see this kind of chaos surrounding a candidate for president,” Hutchinson told CNN’s Brianna Keilar. “To me, it’s very problematic and just is reflective of all of the challenges that go with a Trump candidacy.”

Trump’s refusal to follow precedent by showing the public his tax returns during the 2016 presidential campaign was one of the first signs of his determination to shatter norms. So the Supreme Court’s decision not to block the Internal Revenue Service from releasing his tax documents to the House Ways and Means Committee represented a significant personal defeat, as well as a political one.

The Democratic leadership of the committee says it wants the returns to decide whether there is a case for changes to tax laws regarding sitting presidents. The possibility of hidden conflicts of interests or obligations owed by presidents or missed or under payments on such returns could be problematic given a chief executive’s power in setting tax policy. A lower court had previously found that the committee had a legitimate legislative purpose for seeing the returns. But with only a few weeks left before Republicans take over the House, it is unclear how much time Democrats would have to examine the returns or potentially make changes to the law.

It’s also not a certainty that the public will get to see the returns Trump has long tried to shield. Rep. Lloyd Doggett, a Texas Democrat who sits on the committee, told CNN’s Erin Burnett on Tuesday that the documents were subject to privacy protections. But he also said the panel did have the option of releasing the documents publicly and that “the time pressure here creates an added reason to consider doing that.”

On the substance of the case, House Ways and Means Committee Chairman Richard Neal, a Massachusetts Democrat, said that the Supreme Court had upheld a vital norm. “Since the Magna Carta, the principle of oversight has been upheld, and today is no different. This rises above politics, and the committee will now conduct the oversight that we’ve sought for the last three and a half years.”

But the top Republican on the committee, Rep. Kevin Brady of Texas, warned that by stepping aside, the court established a precedent that would mean that no citizen could be safe from a majority political party.

“By effectively granting the majority party in either chamber of Congress nearly unlimited power to target and make public the tax returns of political enemies – political figures, private citizens, or even justices of the Supreme Court themselves – they are opening a dangerous new political battleground where no citizen is safe,” Brady said in a statement.

One interesting wrinkle will be whether Trump’s loss in the tax returns fight will influence how future Republican presidential candidates will deal with their financial records. By releasing them, they could not just reestablish a modern tradition of transparency for presidents. They could potentially outflank Trump.

Bad signs for the ex-president in documents case appeal

Trump’s other major disappointment came in the Mar-a-Lago documents matter, with the major protections the ex-president secured from a lower court judge in Florida now appearing in jeopardy. The DOJ is investigating the ex-president for potential obstruction of justice, criminal handling of government records and violations of the Espionage Act, which prohibits unauthorized storage of national defense information.

A three-judge panel at the 11th Circuit Court of Appeals expressed skepticism of Trump’s arguments for why he was entitled to a third party, known as a special master, to sift through around 22,000 pages of materials taken from his Florida resort. A key question at issue here is whether Trump, as a former president, is entitled to the kind of judicial intervention that could slow countless routine legal cases involving other Americans if it were widely adopted.

In one comment widely noted by legal analysts, the chief of the appellate court, Judge William Pryor, cast doubt on Trump’s arguments.

“We’ve gotta be concerned about the precedent that we would create that would allow any target of offense of a federal criminal investigation to go into district court and to have a district court entertain this kind of petition, exercise equitable jurisdiction (that allows a court to intervene) and interfere with the executive branch’s ongoing investigation,” Pryor told Trump lawyer James Trusty.

“Other than the fact that this involves a former president, everything else about this … is indistinguishable,” Pryor told Trusty during the arguments.

Another judge, Britt Grant, rebuked Trusty for calling the FBI search of Trump’s property “a raid,” as the former president has repeatedly done. “Do you think a raid is the right term for the execution of a warrant?” Grant asked. Trusty apologized for using the “loaded term.”

Ryan Goodman, a former special counsel at the Department of Defense, told CNN’s Burnett the court could decide to overrule Judge Aileen Cannon, who appointed the special master, in what would be a severe blow to the ex-president.

“They would basically be saying, you never should have exercised jurisdiction in the first place, Judge Cannon, you didn’t have it,” Goodman said.

Any such move could significantly speed up the documents case after Attorney General Merrick Garland appointed a special counsel to oversee it last week.

It might also offer the prospect of clarity to the public, who must now evaluate yet another unprecedented political scenario involving Trump. The former president’s multiple legal challenges have slowed both cases, but Tuesday offered signs that each could be moving closer to resolution.