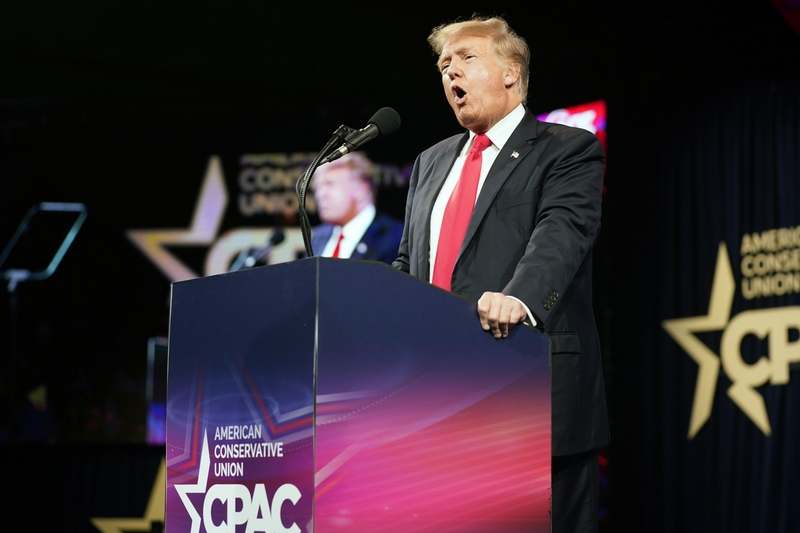 Former President Donald Trump insisted Thursday that he wouldn’t have used the military to illegally seize control of the government after his election loss. But he suggested that if he had tried to carry out a coup, it wouldn’t have been with his top military adviser.

In a lengthy statement, Trump responded to revelations in a new book detailing fears from Gen. Mark Milley that the outgoing president would stage a coup during his final weeks in office. Trump said he’s “not into coups” and “never threatened, or spoke about, to anyone, a coup of our Government.” At the same time, Trump said that “if I was going to do a coup, one of the last people I would want to do it with is” Milley, the chairman of the Joint Chiefs of Staff.

The mere mention of a coup was a stunning remark from a former president, especially one who left office under the cloud of a violent insurrection he helped incite at the U.S. Capitol in January in an effort to impede the peaceful transfer of power to Democrat Joe Biden. Since then, the FBI has warned of a rapidly growing threat of homegrown violent extremism.

Despite such concerns, Trump is maintaining his grip on the Republican Party. He was meeting on Thursday with House Republican leader Kevin McCarthy and has stepped up his public schedule, holding a series of rallies for his supporters across the country in which he continues to spread the lie that last year’s election was stolen from him.

His comment about a coup was in response to new reporting from “I Alone Can Fix It: Donald J. Trump’s Catastrophic Final Year” by Pulitzer Prize-winning Washington Post reporters Carol Leonnig and Philip Rucker. The book reports that Milley was shaken by Trump’s refusal to concede in the weeks after the election.

According to early excerpts published by CNN and the Post on Wednesday ahead of its release, Milley was so concerned that Trump or his allies might try to use the military to remain in power that he and other top officials strategized about how they might block him — even hatching a plan to resign, one by one.

“This is a Reichstag moment,” Milley reportedly told aides. “The gospel of the Führer.”

Milley’s office did not immediately respond to a request for comment. But Milley has previously spoken out against drawing the military into election politics, especially after coming under fire for joining Trump on a walk through Lafayette Square for a photo op at a church shortly after the square had been violently cleared of protesters.

Trump, in the statement, mocked Milley’s response to that moment, saying it helped him realize that his top military adviser was “certainly not the type of person I would be talking ‘coup’ with.”

The book is one of a long list being released in the coming weeks examining the chaotic final days of the Trump administration, the Jan. 6 insurrection and the outgoing president’s refusal to accept the election’s outcome. Trump sat for hours of interviews with many of the authors, but has issued a flurry of statements in recent days disputing their reporting and criticizing former staff for participating.

There is no evidence that supports Trump’s claims that the election was somehow “stolen” from him. State election officials, Trump’s own attorney general and numerous judges, including many appointed by Trump, have rejected allegations of massive fraud. Trump’s own Cybersecurity and Infrastructure Security Agency called the 2020 election “the most secure in American history.”

Trump remains a dominant force in Republican politics, as demonstrated by McCarthy’s visit on Thursday to the former president’s summer home in Bedminster, N.J.

Former President Donald Trump and McCarthy were expected to spend their meeting discussing upcoming special elections, Republicans’ record fundraising hauls and Democrats they see as vulnerable in the 2022 midterm elections, according to a person familiar with the agenda who spoke on condition of anonymity to describe a private meeting. McCarthy previously met with Trump in January at his Mar-a-Lago club in Florida.

Meanwhile, Republicans who are eyeing White House bids of their own aren’t crossing Trump, who remains popular with many GOP voters.

GOP Sen. Tom Cotton of Arkansas, a potential 2024 presidential contender, said “no comment,” when asked if he thought Trump’s statement was appropriate for a former president. A member of the Senate Armed Services Committee and an Army veteran of two combat tours in Iraq, Cotton declined to comment again when asked if he wanted to criticize Trump’s remark.

“I think he has the right to say what he wants to say,” said Sen. Ted Cruz, R-Texas, when asked if he was comfortable with a former president even hypothetically entertaining the idea of a coup.

“You know, Donald Trump speaks for himself and he always has,” said Cruz, another potential White House candidate in 2024.