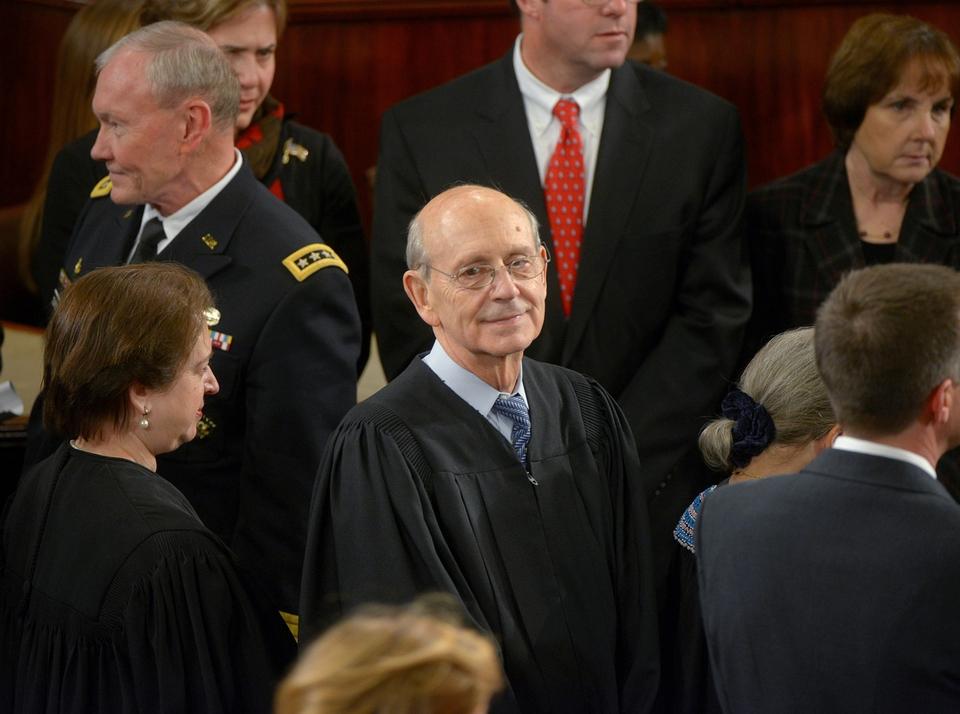 Justice Stephen Breyer is staying put for now. The Supreme Court’s oldest justice has not decided when he will retire and is relishing his role as the senior liberal on the bench, he said in a new interview with CNN.

Breyer’s comments about his future come as he is under immense pressure to step down so that President Joe Biden can name a successor while Democrats retain a narrow majority in the Senate.

Breyer, who turns 83 in August, said two main factors will influence the timing of his retirement decision.

“Primarily, of course, health,” Breyer told CNN’s Joan Biskupic during an interview in New Hampshire, where he spends the summer. “Second, the court.”

Liberals have been calling on Breyer to retire from his lifetime appointment in an unprecedented public campaign. Democrats are concerned about the Senate changing hands and cognizant of the fallout from Justice Ruth Bader Ginsburg’s decision not to step down in 2016. Soon after her death, and before President Donald Trump lost the 2020 election, Republicans senators moved quickly to confirm conservative Justice Amy Coney Barrett.

Adding to the pressure, Senate Minority Leader Mitch McConnell, R-Ky., has said it is unlikely that a Republican-controlled Senate would take up a Biden nominee in the next presidential election year and that it might not even consider one nominated in 2023.

Even so, Breyer has not indicated he is ready to leave, and he reportedly has hired a full set of law clerks for the court’s next term that begins in October.

The interview with CNN this week marked the first time that Breyer has spoken publicly about his thinking and new role as the leader of the court’s diminished liberal bloc.

When asked directly whether he has decided when to retire, Breyer said, “No.”

Breyer said his seniority in the justices’ private conference to discuss cases “has made a difference to me. … It is not a fight. It is not sarcasm. It is deliberation.”

Breyer, who is the first liberal to speak during the conference, told CNN, “You have to figure out what you’re going to say in conference to a greater extent, to get it across simply.” He added: “You have to be flexible, hear other people, and be prepared to modify your views. But that doesn’t mean [going in with] a blank mind.”

In the term that ended July 1, Breyer wrote the majority opinion preserving the Affordable Care Act that provides health-care coverage to millions of Americans. He also wrote for the majority to uphold the First Amendment rights of public school students in the case of a Pennsylvania cheerleader.

For months, the public pressure on Breyer from Democrats has been mounting. Senate Majority Leader Chuck Schumer, D-N.Y., seemed to nudge Breyer in a letter to colleagues last week.

“As always, Senate Democrats stand ready to expeditiously fill any potential vacancies on the Supreme Court should they arise,” Schumer wrote.

The liberal advocacy group Demand Justice has been more overt, hiring a billboard truck to circle the Supreme Court building with the message “Breyer, Retire.”

“By all appearances, Justice Breyer is intent on making us all hold our collective breath that no Democratic senators fall ill over the next year in order to indulge his desire to continue serving on the Court,” Fallon said in a statement. “This new report suggests Justice Breyer’s desire to stay is less based on a high-minded notion that he might somehow preserve the Court’s reputation for independence, and more because he finds it personally fulfilling to get the chance to serve in the role of the Court’s senior liberal.”