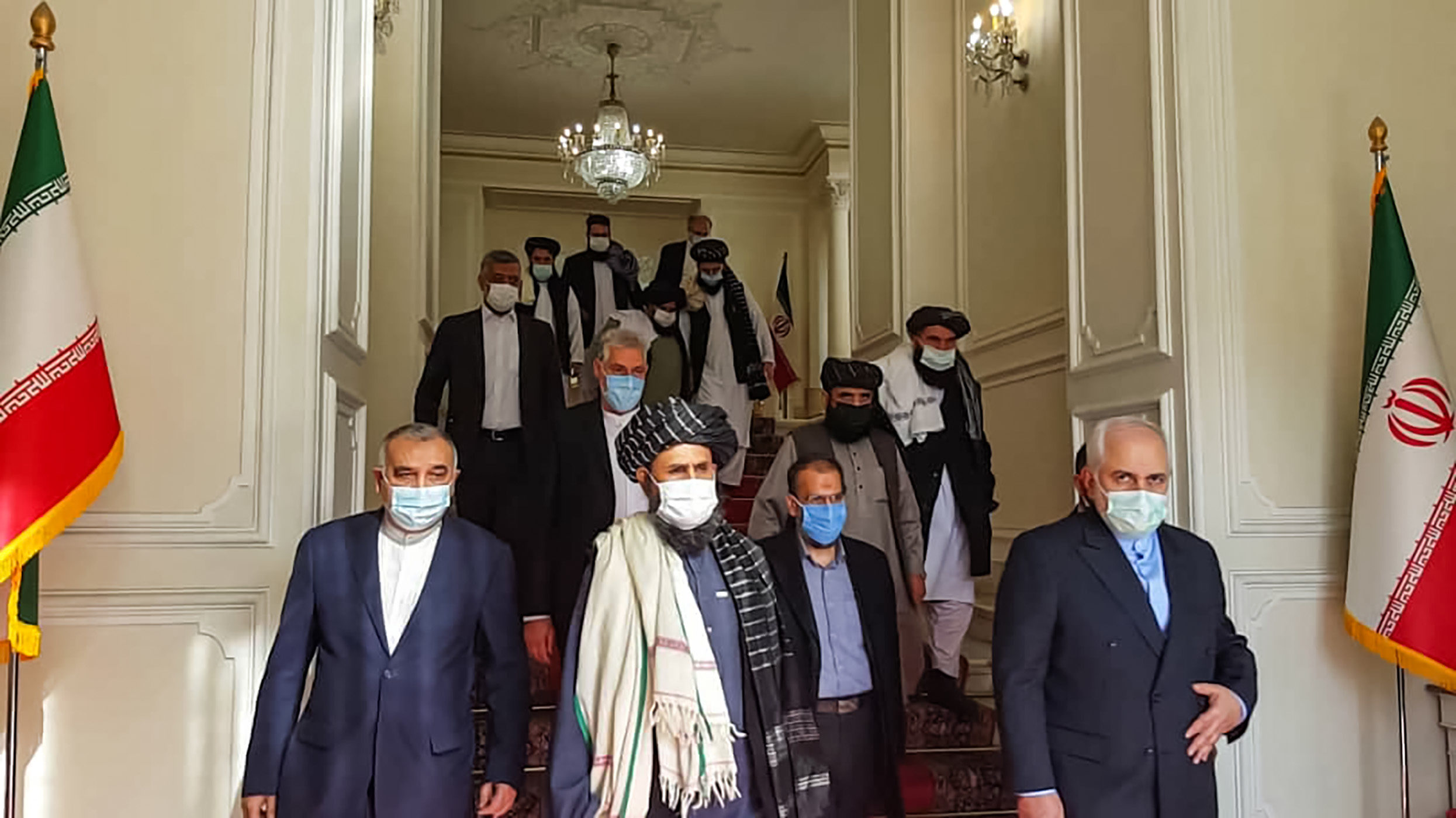 With the US set to complete its troop withdrawal from Afghanistan by the end of August, regional analysts fear Iran will fill the void.

The Iranian Revolutionary Guard Corps (IRGC) and its proxies already exercise a powerful influence in the region, be it in Yemen, Iraq, Syria, Lebanon or the Palestinian territories.

“Iran is trying to use the situation in Afghanistan both to present itself as a mediator between the Afghan groups, and in the future, as Iran has always done, trying to turn every threat into opportunity,” Dr. Raz Zimmt, an Iran specialist at the Institute for National Security Studies at Tel Aviv University, told The Media Line.

“And if we see what happened in the Arab Middle East over the last decade, where the chaos and the civil wars actually provided Iran with opportunities to be more engaged and more involved, I can’t rule out the possibility that this will happen as well in Afghanistan,” Zimmt said.

The Taliban and the Iranian leadership are not obvious bedfellows, as the former are Sunni extremists, and the latter are radical Shi’ites.

Yet, Arash Azizi, a researcher at New York University and author of “The Shadow Commander: Soleimani, the US, and Iran’s Global Ambitions,” says it is likely Tehran will expand its reach in Kabul after August.

“The US leaving Afghanistan is bound to increase the influence of the Iranian regime there, which has been preparing for this by burying much of its old antagonism to the Taliban, to the disgust of many Iranians who detest Taliban’s politics and remember how it killed Iran’s own diplomats in Mazar Sharif in 1998,” he told The Media Line, referring to the murder of 10 Iranian diplomats and one journalist at Tehran’s consulate after the group captured the city from the Northern Alliance military front.

“Iran has not only been openly negotiating with the Taliban and increasingly speaks about them as a legitimate factor, for a long time it has actually backed a faction in the Taliban known as the “Mashhad Faction” since it is directed by IRGC agents in the northeastern [Iranian] city of Mashhad,” he added

More than 90% of US troops have already left Afghanistan, bringing America’s longest war near to a close after nearly 20 years.

The US military has spent the past two decades training the Afghan security forces to stand on their own two feet, but the results so far do little to inspire confidence.

More than 1,500 Afghan service personnel recently deserted their posts for the adjacent nation of Tajikistan ahead of the Taliban’s military advance. The Islamists now control an estimated third of Afghanistan.

Still, there are divergent opinions in Tehran over which direction Iran should take with Afghanistan.

“The hardliners are very pleased with the US withdrawal from Afghanistan; they present it as another step in US withdrawal from the Middle East, hoping that the next stage will be the US pulling its forces from Iraq and Syria,” Zimmt said.

“Other factions in Iran see things differently, perhaps more aware of the difficulties Iran might have to face,” he continued. “I think they’re right because, at the end of the day, no one can really tell what the situation in Afghanistan is going to be and how much resources Iran will have to expend.”

With Iran already stretched thin across the Middle East and in financial distress, this might prove costly for the Islamic Republic.

“If Iran finds itself in a situation where it has to take some of its military and political resources from other places, Iraq, for example, and put them into Afghanistan, that might be another challenge for Iran,” Zimmt said.