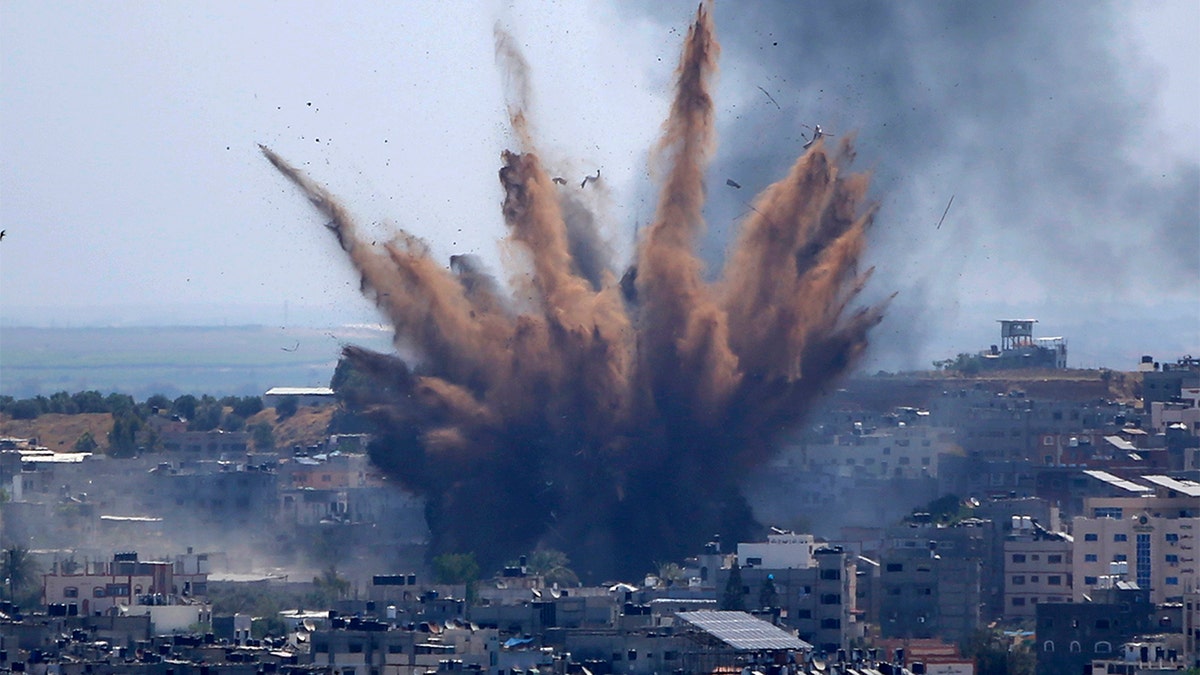 “Over the past couple days, Palestinian terrorists in Gaza, who are funded by Iran, have launched a series of rocket attacks into Israel. They are targeting Israeli civilians and cities, including Israel’s capital Jerusalem,” 44 Republican senators wrote in a letter to Biden Wednesday.

ISRAEL CRISIS: WHY IT’S DIFFERENT THIS TIME AROUND

The Republicans called the attacks “troubling” as members of the Biden administration are “currently in Vienna negotiating with Iran.”

“In light of these recent attacks by Hamas against Israel, the United States should take all steps necessary to hold Tehran accountable and under no circumstances, provide sanctions relief to Iran,” they wrote, calling the matter “especially important as Iran is supported the terrorist activity against the United States’ closest ally in the region, Israel.”

The Republican senators went on to detail the Palestinian terrorist groups’ attacks — launching more than 1,000 rockets targeting Israel over the last several days.

“This includes the first rockets aimed at Jerusalem since 2014,” they reminded the president, underscoring Iran’s “resounding” support of the “aggression.”

Republicans’ cited Iran’s Supreme Leader Ayatollah Ali Khamenei, who tweeted that Palestinians should unite to “use the tools of their disposal” to attack Israel — which he describes as a “terrorist garrison.”

They also pointed to Iranian Foreign Minister Mohammed Javad Zarif, who is “supervising” Iran’s negotiating team in Vienna and called Hamas’ leader to “express Iran’s support for the group’s actions.”

The U.S. designated Hamas a terrorist organization in 1997. Republicans noted, though, that Iran is a “longtime financial and material supporter of Hamas.”

“The United States engaging in active negotiations with Iran and potentially providing billions of dollars in sanctions relief will no doubt contribute to Iran’s support of Hamas and other terrorist organizations who attack Americans and our allies,” they wrote.

“We call on you to immediately end negotiations with Iran, and make clear sanctions relief will not be provided. Doing so would demonstrate a firm commitment to our closest ally in the region and to our own security interests,” they wrote.

“The United States must not do anything to enrich Israel’s enemies, such as by offering sanction relief to a regime that seeks to destroy Israel,” they continued. “As a longtime friend of the Jewish state, we also urge you to unequivocally support Israel’s right to defend itself against any and all terrorist attacks.” 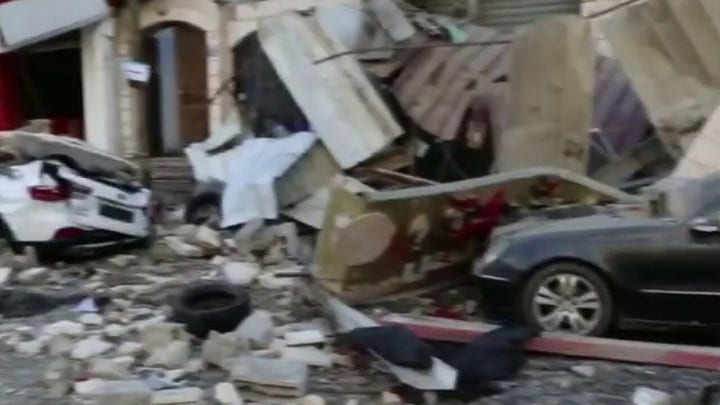 The letter comes as Israel is pressing ahead with its military offensive in the Gaza Strip, killing as many as 10 senior Hamas military figures, as the Islamic militant group fired hundreds more rockets at Israeli cities, according to The Associated Press.

A total of seven people have been killed in Israel, including four people who died on Wednesday. Among them were a soldier killed by an anti-tank missile and a 6-year-old child hit in a rocket attack, The Associated Press reported.

The Israeli military said militants have fired about 1,500 rockets in just three days, which is roughly one-third the number fired during the entire 2014 war.

The White House condemned “extremism that has inflicted violence on both communities,” and underscored the administration’s support for a two-state solution.

Biden’s “team is communicating a clear and consistent message in support of de-escalation,” White House Press Secretary Jen Psaki told reporters. “That is our primary focus. The president’s support for Israel’s security, for its legitimate right to defend itself and its people is fundamental and will never waver.”

She condemned rocket attacks against Israel by Hamas and other terrorist groups but highlighted the rights of Palestinians as well as Israelis.

“We believe Palestinians and Israelis deserve equal measures of freedom, security, dignity and prosperity,” she continued. “And U.S. officials in recent weeks have spoken candidly with Israeli officials about how evictions of Palestinian families who have lived for years, sometimes decades in their homes and of demolitions of these homes work against our common interests in achieving a solution to the conflict in the coming days, as Muslims gather with family and friends to celebrate Eid and Dawn together to mark the beginning of Shabbat, let us affirm that all people of faith deserve to enjoy these important celebrations without fear of violence.”

US, IRAN DUE TO BEGIN INDIRECT TALKS IN VIENNA

Meanwhile, the Biden administration began indirect talks through intermediaries with Iran as the five world powers remaining in the 2015 Iran nuclear deal meet in Vienna.

The indirect talks are a sign of potential progress for the U.S. to return to the accord, which bound Iran to restrictions in return for relief from U.S. and international sanctions.

Former President Trump pulled the U.S. out of the Iran nuclear deal in 2018, opting instead for what he called a maximum-pressure campaign of stepped-up U.S. sanctions.

Since then, Iran has been violating the restrictions of the deal, like the amount of enriched uranium it can stockpile.

Biden came into office saying that getting back into the accord and getting Iran’s nuclear program back under international restrictions was a priority. But Iran and the U.S. have disagreed over Iran’s demands that sanctions be lifted first.