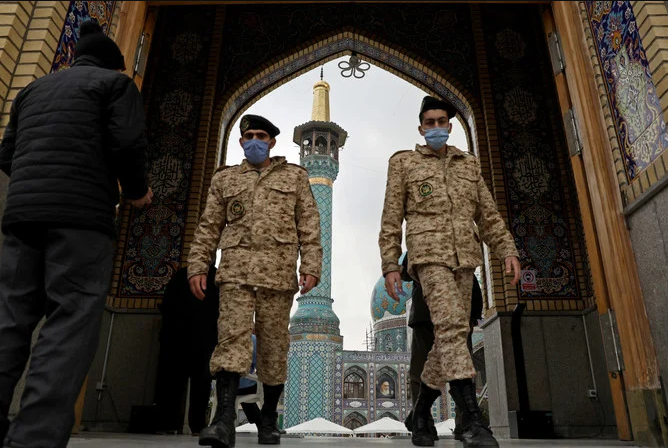 LONDON: The Committee to Protect Journalists (CPJ) has spoken out against Iran’s use of “vague, trumped-up” charges to crack down on Kurdish journalists, and urged authorities to release three who remain in detention.

Since May 2020, Tehran’s security forces have arrested dozens of activists and students in a crackdown on perceived pro-Kurdish movements in the country, according to reports cited by the CPJ.

They have arrested at least eight Kurdish journalists, three of whom remain behind bars.

“Authorities should drop all vague, trumped-up charges filed against Iranian-Kurdish journalists, and release all jailed journalists immediately,” he added.

On condition of anonymity, a lawyer representing several detained journalists told the CPJ that Iran’s Islamic Revolutionary Guard Corps are “very sensitive about Kurdish journalists and the topics they write about, especially if they write about the unity of Iranian, Iraqi and Turkish Kurds, and other regional issues of Kurds.”

Iran’s ethnically diverse population — including Kurds, Arabs, Azerbaijanis and other minorities — has long been a source of insecurity for the regime, which at various times in its history has been confronted with secessionist movements.

For this reason, the lawyer explained, Tehran is “sensitive every time Kurdish journalists travel to Kurdish areas of Iraq such as Erbil. They closely monitor all movements across the border and any journalists’ assembly.”

Jafar Osafi, who is one of three journalists who remain in detention after the 2020 crackdown, ran a religious commentary and discussion channel on Telegram called “QandA with Sunnis.” He was arrested in his own home in June 2020, and has since been moved to Urmia prison, where the CPJ said he remains.

The committee said: “Iranian authorities must stop imprisoning and harassing Kurdish and other minority journalists, and should allow all members of the press to cover the news freely.”

“Members of minorities who spoke out against violations or demanded a degree of regional self-government were subjected to arbitrary detention, torture and other ill-treatment. The authorities criminalized peaceful advocacy of separatism or federalism and accused minority rights activists of threatening Iran’s territorial integrity.”