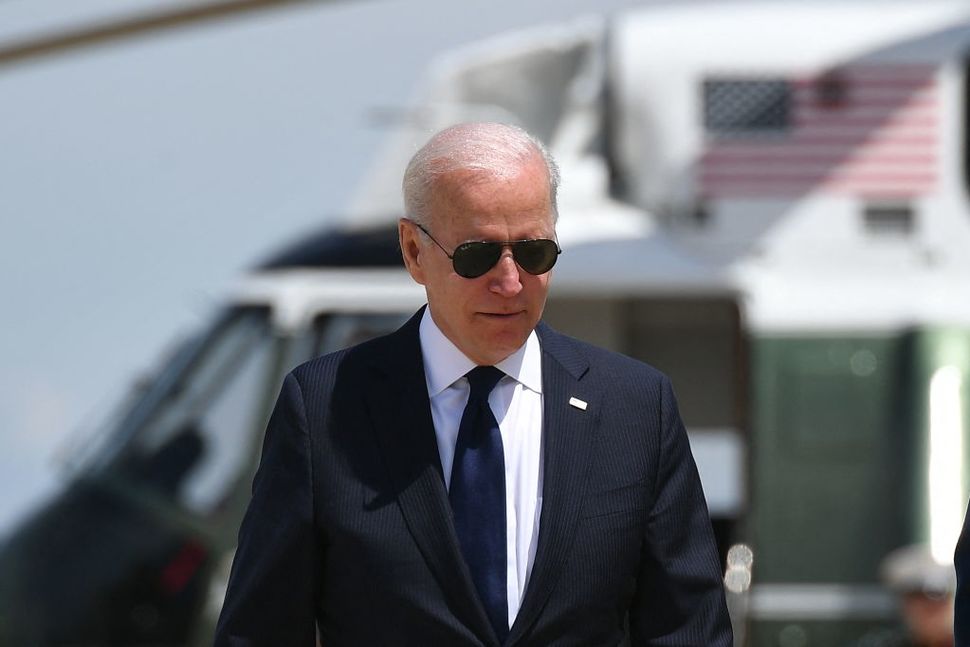 The president has called for a ‘month of action’ to keep Congress focused on infrastructure, police reform and voting rights before the summer slowdown descends on Washington.

President Joe Biden has been in the White House for 4 1/2 months – or less than a tenth of the length of one term in office. And in Washington, that means the president doesn’t have much time to cajole Congress to move on his agenda before a common summer slowdown kills legislative talks that have barely begun.

June, Biden said this week about both voting rights and vaccinations, must be a “month of action.” He wants a massive infrastructure bill (though he has scaled back his ask), a policing reform bill, movement on another big-ticket domestic spending bill and a 70% adult vaccination rate so the nation can declare independence from the pandemic by July 4.

And with more and more GOP-run states moving aggressively to make it harder for people to vote, Biden is upping the pressure on Congress to act on a national voting rights bill – one that could determine whether or not Biden has any chance at all of enjoying the support of even one Democratic-controlled chamber of Congress after the midterm elections.

Biden has been meeting with lawmakers in both parties in search of a compromise on his $1.7 trillion infrastructure package – trimmed down from an original $2.2 trillion – and has refused to add his voice to those who think Senate Democrats should eliminate the filibuster to approve his agenda on pure party-line votes. Biden met one-on-one with GOP Sen. Shelley Moore Capito of West Virginia on Wednesday and is scheduled to connect with her again on Friday, suggesting he still has hope for a bipartisan solution.

But the president’s frustration was apparent this week, as he implored Congress to pass the John Lewis Voting Rights Act and – uncharacteristically for a man who stands nostalgically in support of a more collegial Senate – called out two Democratic lawmakers who have been blocking the way of ending the filibuster.

“I hear all the folks on TV saying, ‘Why doesn’t Biden get this done?’ Well, Biden only has a majority, effectively, of four votes in the House and a tie in the Senate, with two members of the Senate who vote more with my Republican friends,” Biden said in Tulsa, Oklahoma, during a speech commemorating the race massacre there in 1921. “But we’re not giving up.”

He didn’t name names, but it was clear who Biden had in mind: Sen. Joe Manchin of West Virginia and Sen. Kyrsten Sinema of Arizona. Both Democrats, in fact, have voted for Biden’s agenda consistently since he took office. So was Biden talking about the duo’s opposition to killing the filibuster? Nope, White House press secretary Jen Psaki (sort of) said this week, noting Biden’s position on the filibuster had not changed and suggesting he was just talking about what people on TV said about Biden’s legislative success count.

But Biden’s remarks had a not-so-subtle message: Instead of endorsing the narrative that has Manchin and Sinema as critical swing votes, earning them wooing and attention, Biden singled them out as being part of the problem. There were no threats, no vitriolic insults common from Biden’s predecessor about people who were not sufficiently helpful. But it was a very public signal that Biden isn’t happy with them and that they could end up being blamed if the Democratic agenda is not enacted.

With the clock ticking, Biden’s options are narrowing. He could ask Congress to attach the infrastructure bill to a measure called “budget reconciliation” that cannot be filibustered. But it’s not clear whether the 2021 reconciliation bill, which Congress used to pass the $1.9 trillion COVID-19 relief bill, could be employed again for the infrastructure bill or whether Democrats would need to use the 2022 budget reconciliation bill as a vehicle.

“There will come a window during the summer when the president will make whatever determination he thinks is best.”

He could pressure Democrats to kill the filibuster, which allows a minority of senators to stop a vote on a bill unless 60 lawmakers vote to end debate (Biden has no actual authority to change a legislative branch tradition). But that would mean getting in-your-face aggressive with Manchin and Sinema, which could backfire.

“They’re acting on this issue out of fear – fear of being in the minority,” former GOP Rep. Tom Coleman said of Democrats during a panel discussion on the issue this week held by the University of Chicago. There’s “a fear they might lose the majority in a year and a half, and then the shoe is on the other foot,” the former Missouri lawmaker said. “You have to get over this fear factor.”

With the filibuster still in place, it will be very hard to pass what Democrats increasingly think is the single most important piece of legislation: the voting rights bill. Before Republican-run states began passing their own tighter rules on absentee, mail-in and drive-through voting – along with other restrictive measures – the voting rights legislation was of moral and civic importance.

Now, defanging the restrictive bills is about survival for Democrats, who risk losing not just control of both chambers of Congress in 2022, but state and local seats as well.

Since the voting rights bill is not budget-related, it almost certainly cannot be added to a budget reconciliation package. That leaves Biden at a rubber-meets-the-road moment as the traditional summer doldrums loom: Does he make a push for voting rights ahead of all else? Does he keep fishing for a bipartisan infrastructure plan? Or cut bait and do a Democratic-only bill?

“I don’t think there’s an artificial deadline,” says Rhett Buttle, founder of the group Public Private Strategies and a business adviser to Biden’s presidential campaign – though Biden himself has set deadlines for bills to be passed.

“I think there’s momentum in this moment,” Buttle adds. “Joe Biden and the team around him will know when the window is closing. For now, having the conversations is important. There will come a window during the summer when the president will make whatever determination he thinks is best.”

Biden has an advantage that presidents in both parties have not enjoyed, notes Matt Bennett, senior vice president of public affairs for Third Way, a centrist Democratic group. While presidents typically see their popularity sink as the summer starts, Biden has maintained a strong approval rating, giving him more leeway with the voting public despite deep political divisions in the country.

“He’s not Teflon,” Bennett says, noting that Biden himself has called himself a “human gaffe machine” because of odd remarks he has made. “He’s just a guy people like.”

Further, as a longtime fixture on Capitol Hill, “he knows how the game is played” and will know when to stop talking and use his influence to force action on the Hill, Bennett says. Biden’s predecessor, President Barack Obama, has remarked how he regretted letting health care reform talks drag on in the hopes of getting a bipartisan agreement – only to see Republicans use that time to slow momentum and galvanize the public against the measure.

“He wouldn’t have been in the Senate for 36 years if he wasn’t quite patient. But, you know, him – patience is not unending, and he wants to make progress,” Psaki told reporters this week. “His only line in the sand is inaction. He wants to sign a bill (on infrastructure) into law this summer.”

That leaves the president little time.