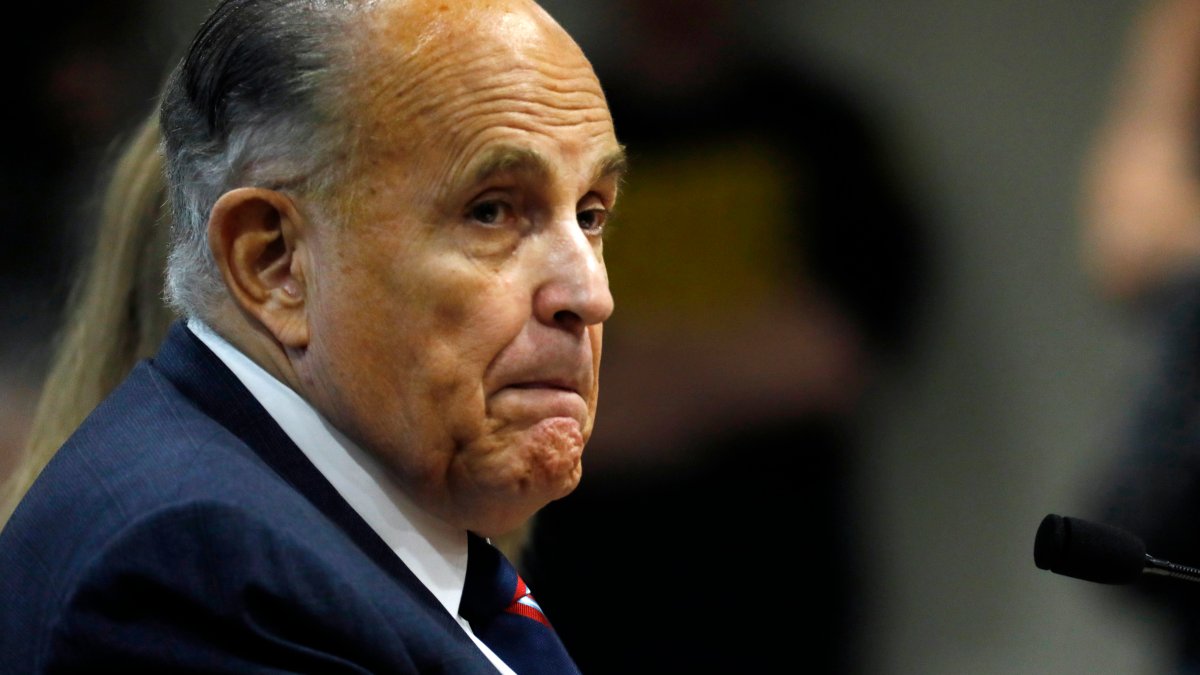 Prosecutors say a former federal judge who ensured attorney-client privilege was protected in a review of materials seized from ex-President Donald Trump’s lawyer three years ago is again the favorite to do the same chore after raids on Rudolph Giuliani’s home and office.

NEW YORK (AP) — A former federal judge who ensured attorney-client privilege was protected in a review of materials seized from ex-President Donald Trump’s personal lawyer three years ago is again the favorite to do the same chore after raids on Rudolph Giuliani’s home and office, prosecutors said Thursday.

Prosecutors recommended the appointment of Barbara Jones in a letter submitted to a Manhattan judge who plans to appoint a “special master” to protect privilege in a review of materials seized in the late-April raids on Giuliani and in a look at information on a cellular phone taken from Washington lawyer Victoria Toensing. They said Jones could conduct the review in a “fair and efficient manner.”

Prosecutors are examining Giuliani’s interactions with Ukrainian figures and whether he violated a law governing lobbying on behalf of foreign countries or entities. A law firm representing Toensing, a former federal prosecutor and close ally of Giuliani and Trump, has said Toensing was told she was not a target of the investigation.

In the letter to U.S. District Judge J. Paul Oetken, prosecutors said Giuliani and Toensing, through their lawyers, both agreed to the appointment of Jones and they said they were writing on behalf of them too.

Oetken said last week that he plans to appoint a “special master,” an unusual step that prosecutors requested a day after the raids, to prevent investigators from seeing any protected communications between Giuliani and his clients, which included Trump. The judge had asked prosecutors and lawyers for Giuliani and Toensing to submit possible candidates this week for the review.

Prosecutors said they had checked with Jones and she is “available to accept this appointment.”

They said Jones, who served as a Manhattan federal judge from 1995 to 2013, had been praised for her review of materials seized in a 2018 raid on the home and office of Michael Cohen.

Jones was found to have “’efficiently and meticulously reviewed’ tens of thousands of items over a period of four months and made privilege designations that were not objected to by the parties,” prosecutors wrote.

They also quoted Judge Kimba Wood, who appointed Jones to review the Cohen materials, as saying Jones “performed her review with extraordinary efficiency and speed, while giving the parties a full opportunity to be heard.”

In a footnote, prosecutors wrote that none of the parties believe Jones faces a conflict because she joined a firm, “Bracewell and Giuliani,” which Giuliani had left six months before her July 2016 arrival. They added that a partner at the firm who assisted Jones in the privilege review of Cohen materials will recuse himself because he has a personal relationship with Giuliani.

Giuliani, a Republican and former mayor of New York City, has not been charged with a crime. He has said all of his activities in Ukraine were conducted on behalf of Trump. At the time, Giuliani was leading a campaign to press Ukraine for an investigation into Joe Biden and his son, Hunter, before Biden was elected president.