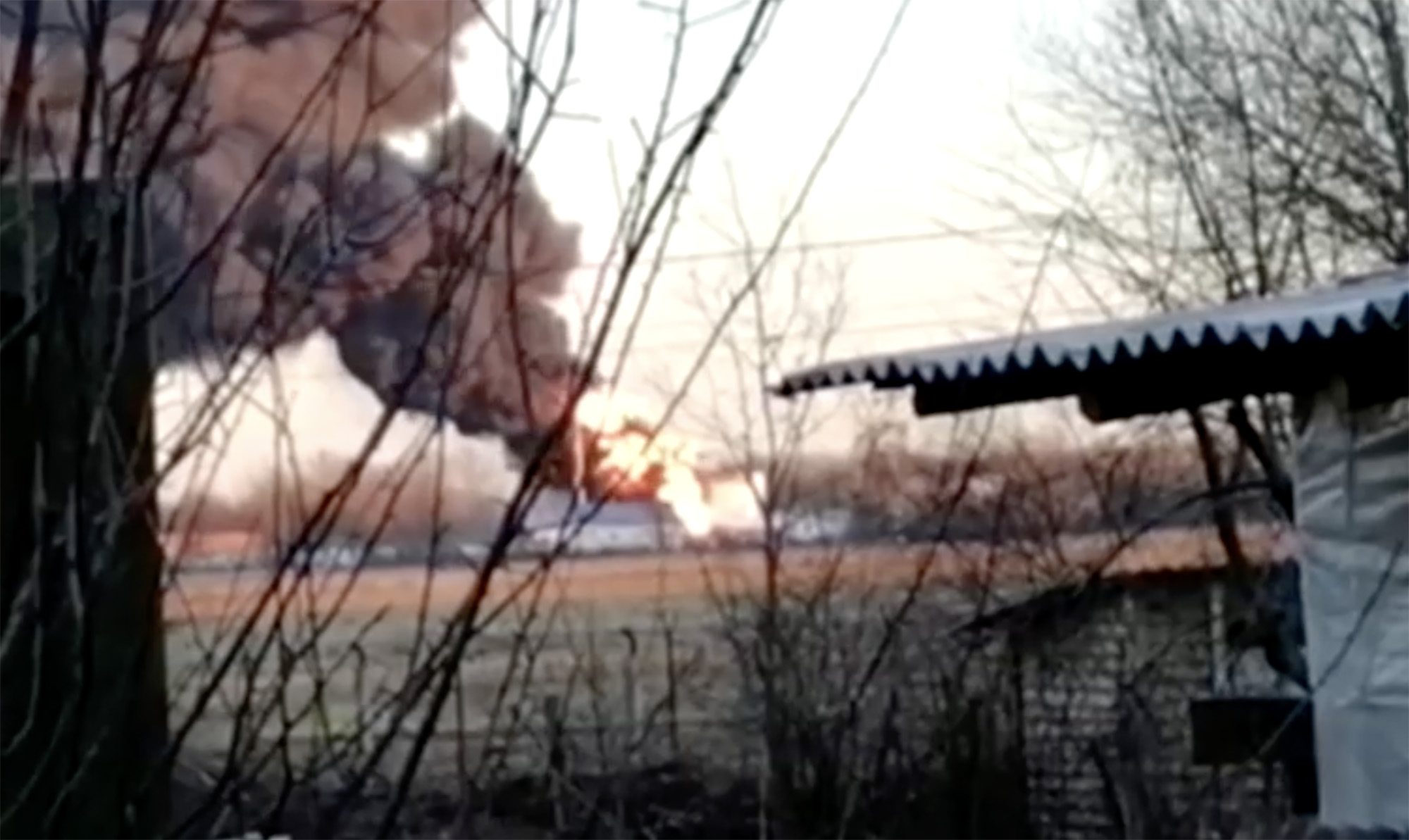 Moscow Railways has sent three fire trains to help put the “fire out at the airport” in Kursk, western Russia, according to regional officials.

Earlier on Tuesday, regional governor Roman Starovoit alleged that a drone attack hit an oil tanker near Kursk airfield. Kursk is located about 90 kilometers (60 miles) from the Ukrainian border.

It comes one day after Moscow claimed Ukraine used drones to attack two military air bases deep within Russian territory. Kyiv has neither confirmed nor denied responsibility for the attacks.

Starovoit said he had held a meeting of the “anti-terrorist commission” and decided to “extend the yellow level of terrorist danger” for 15 days.

In addition, two schools in Khalino and the village of Marshal Zukov had classes cancelled on Tuesday.