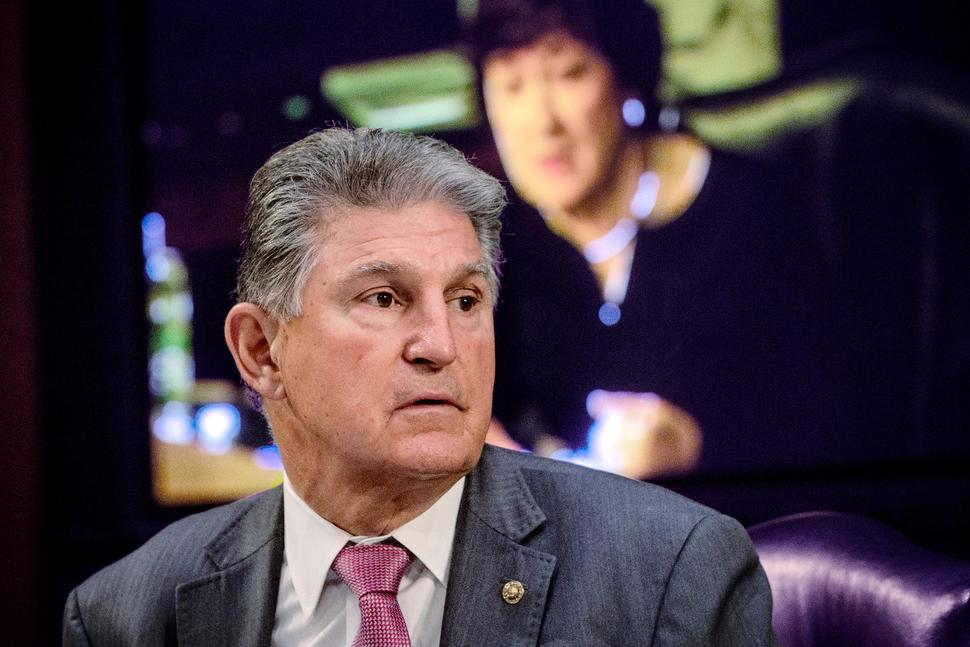 Senators are laboring to find a path forward for legislation creating a commission on the Jan. 6 insurrection.

Senators labored to find a path forward for legislation creating a commission on the Jan. 6 insurrection, debating potential changes in a long-shot attempt to overcome growing GOP opposition.

Republican Sen. Susan Collins and Democratic Sen. Joe Manchin were leading the informal talks Tuesday, according to two people familiar with the effort. The talks were focusing on two issues that Republican senators have cited for their opposition to the House-passed legislation to create the commission — ensuring that the panel’s staff is evenly split between the parties and that its work does not spill over into the midterm election year.

Collins and Manchin have traded potential changes to the bill and have consulted with other senators as part of the effort, according to the two people and another person with knowledge of the negotiations. The three people spoke on condition of anonymity to discuss the private talks.

The House bill already attempts to address those two issues, requiring the Democratic-appointed chair to consult with Republicans when hiring staff, and setting an end date of Dec. 31, 2021, for the commission to issue its findings. And the commissioners would be evenly split between the parties, with five Democrats and five Republicans. But many Republicans have still said they don’t trust it will be a bipartisan effort, threatening the chances of a truly independent look at the violent attack on the Capitol by a mob of former President Donald Trump’s supporters.

Absent an agreement on changes, Republicans are expected to block the bill whenever Democrats bring it up for a vote, potentially as soon as this week. Only a handful of GOP senators have indicated they will vote for it, and Democrats appear to be far short of the 10 Republicans they need to pass the legislation.

In a statement with Arizona Sen. Kyrsten Sinema, a fellow moderate Democrat, Manchin said that the attack was “horrific” and that the bipartisan commission is a “critical step.”

“We implore our Senate Republican colleagues to work with us to find a path forward on a commission to examine the events of January 6th,” the two senators said.

Some of the Republican senators who have indicated support, even without the changes, have said they would like to see tweaks just to try to bring more of their colleagues on board.

“I know it’s going to take a little bit of evolution, so I’d like to see what that evolution looks like,” said Louisiana Sen. Bill Cassidy, who said last week that he’s inclined to support the House bill. “I think we could address concerns and make it a lot easier for folks to support it.”

North Carolina Sen. Thom Tillis said that he had received text of a proposal from Collins, but that he was still “unlikely” to support the the bill. He said he believes the year-end deadline is unrealistic.

It’s unclear if Senate Majority Leader Chuck Schumer, D-N.Y., who has said he will hold a vote on the House bill “soon,” would be open to changing the legislation. He has repeatedly said that the vote will show “where every member stands” on the insurrection, during which rioters beat police, broke through windows and doors and sent lawmakers running for their lives.

Schumer said Tuesday that “obviously we’ll look at any proposal, but it can’t just undo the commission.” He said he had heard of one proposal that suggested a separate Republican staff, but “you can’t have a commission with two warring staffs.”

Congress “is not going to just sweep Jan. 6 under the rug,” Schumer said, even if it is bad politics for Republicans in the 2022 elections.

The talks come as Republicans have struggled over whether to support the bill — and with how to respond to the insurrection in general as many in their party have remained loyal to Trump. The former president told his supporters the morning of Jan. 6 to “fight like hell” to overturn his defeat and has repeatedly said the election was stolen, even though his claims have been refuted by courts and election officials across the country.

Senate Republican leader Mitch McConnell voted in February to acquit Trump of inciting the insurrection after the House impeached him, but gave a speech immediately after that vote saying that the former president was “practically and morally responsible for provoking the events of that day.” And he said last week that he was “open” to the House bill that would form a commission, but he came out the next day against it.

McConnell said Tuesday that the House bill, which received 35 Republican votes, was a “purely political exercise.” And he pointed to his party’s political future as loyalty to Trump has become a test for many voters.

Democrats would like to litigate the former president’s actions and “continue to debate things that have been done in the past,” McConnell said.

Republicans have also pointed to a bipartisan Senate report that is expected to be released next month, saying that will be sufficient to fix security problems in the Capitol. The report by the Senate Rules Committee and the Senate Homeland and Governmental Affairs Committee is expected to focus on the mistakes made by law enforcement and the security command at the Capitol, which was overwhelmed as hundreds of Trump’s supporters broke in.

Senate Homeland Chair Gary Peters, D-Mich., said that his panel’s report will be important but that it was intended to identify ways to quickly secure the Capitol. There is more work to do, he said.

A commission “would be able to do a deeper dive into what led up to the attack on the Capitol, and be able to really spend the kind of time necessary to do a very thorough evaluation,” Peters said.