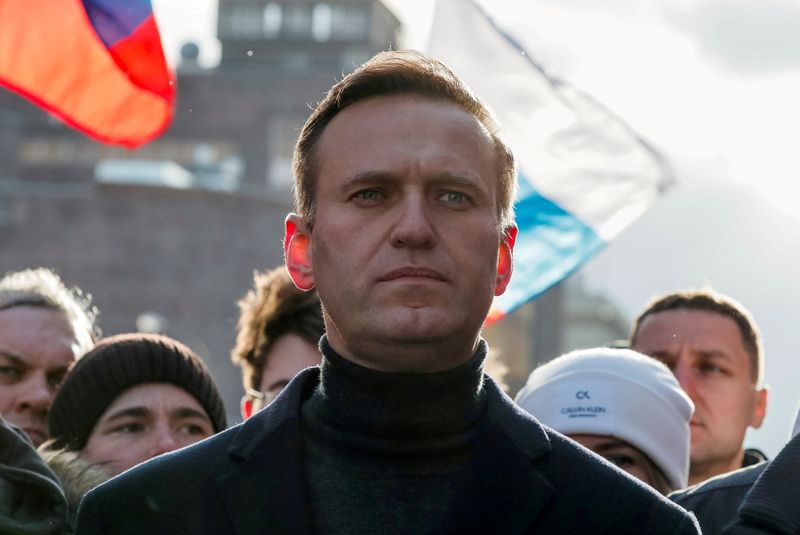 MOSCOW (Reuters) – A Russian court jailed an activist ally of Kremlin critic Alexei Navalny for two months on Wednesday awaiting trial after she became the first person to be arrested in a new “extremism” case against Navalny’s network.

The court in the city of Ufa ruled that Liliya Chanysheva should be held in custody until Jan. 9 on a charge of creating an extremist organisation, lawyer Vladimir Voronin told Reuters.

The crime is punishable by up to 10 years in jail.

Voronin said her arrest was the first of its kind since the political movement set up by Navalny, President Vladimir Putin’s most prominent domestic opponent, was banned as extremist this summer in a wide-ranging crackdown.

He tweeted that they would appeal the decision. He said Chanysheva had told the court she thought she was in the early stages of pregnancy, but that a state investigator had argued she was a potential flight risk.

Chanysheva headed one of Navalny’s network of regional campaign groups in Ufa until Navalny’s team disbanded them after Moscow’s prosecutor went to court to have them branded extremist.

Once that ruling had come into force, authorities in September opened a criminal case against Navalny as well as some of his allies for founding and organising an extremist organisation.

Chanysheva was detained on Tuesday and several other activists had their homes searched by police, the OVD-Info protest monitor said.

Navalny, 45, is serving two-and-a-half years in prison for parole violations related to a conviction for embezzlement that he says was trumped up to thwart his political ambitions.