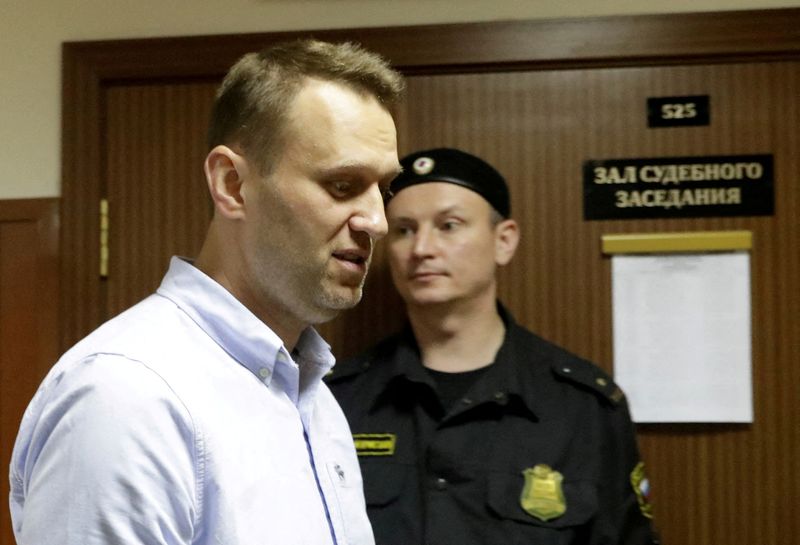 MOSCOW (Reuters) – Jailed Kremlin critic Alexei Navalny and a handful of his allies were added on Tuesday to an official list of “terrorists and extremists”, the latest in a series of moves by Russian authorities to stamp out their opposition to President Vladimir Putin.

News agencies reported separately that the federal prison service had demanded that Navalny’s brother Oleg be given a real jail term in place of a one-year suspended sentence handed to him last year.

Navalny, an anti-corruption campaigner and a thorn in Putin’s side for the past decade, survived being poisoned with a nerve agent in 2020 and was jailed last year on parole violations related to an earlier fraud case he says was trumped up. His political network was banned as “extremist” last year.

The “terrorist” listing by the state financial monitoring service means Navalny and the members of his team are subject to limits on bank transactions and need to seek approval every time they want to use their accounts.

Navalny’s chief of staff Leonid Volkov said on Facebook: “I’m proud to work in our fine team of ‘extremists and terrorists’. By devaluing the meaning of words and turning their meaning inside out, the Kremlin is digging a deeper hole for itself. It’s doing all it can to make those who still believe Putin stop believing him.”

Lyubov Sobol, one of the faces of Navalny’s popular YouTube channel, told Ekho Moskvy radio that Putin was declaring anyone he didn’t like to be a terrorist.

Sobol was added to the list on Tuesday, and Volkov earlier this month. Both are among a group of Navalny’s leading allies who have fled Russia to avoid arrest.

Navalny’s brother Oleg was given a one-year suspended sentence last August. He was among a group of people accused of inciting people to break COVID-19 restrictions by attending unauthorised protests in January 2021.