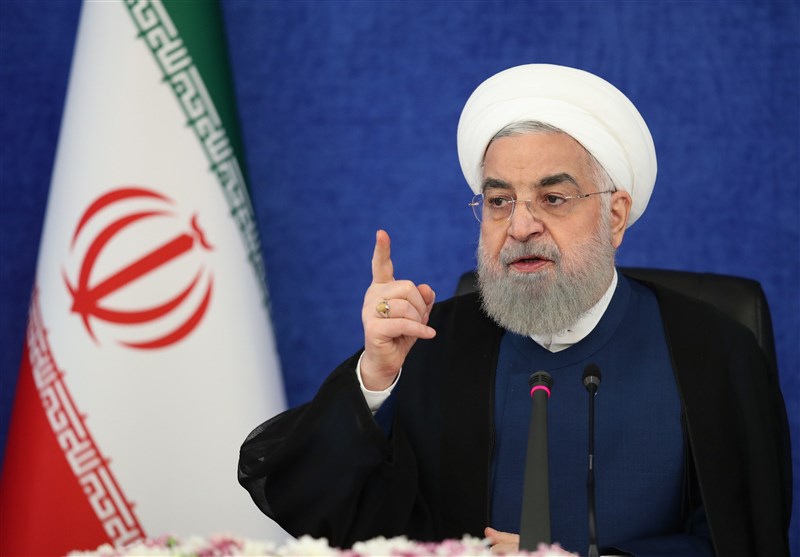 As a victim of sanctions and a fierce economic war, Iran is going to release a document on the crimes it has faced under the inhumane and unprecedented sanctions imposed by the US, Iranian President Hassan Rouhani said.

Speaking at a Tuesday meeting of the Administration’s Economic Coordination Headquarters, Hassan Rouhani said it is necessary to present the public with “the document on the crime of imposing economic war” on Iran and the criminals who imposed such unprecedented and inclusive sanctions, in order to inform the whole world about the Trump administration’s anti-human crimes against the Iranian nation.

“Iran, as a victim of such an inhumane measure, will present the world with the document on the crime committed by the imposers of sanctions,” he stated.

Hailing the Iranian nation’s resistance and his administration’s handling of the situation against the economic war and sanctions, Rouhani said, “Apart from the document on Trump’s crimes that obstructed a country and a nation’s development and progress and harmed the livelihood of people and even the health and medical sector, the document on the resistance and management of the fight against the economic war should also be presented to the world.”

Iran has been under a series of illegal sanctions imposed by the US since 2018, when ex-president Donald Trump withdrew Washington from the Joint Comprehensive Plan of Action (JCPOA).

The US unleashed the so-called maximum pressure campaign and targeted the Iranian nation with the “toughest ever” restrictive measures.