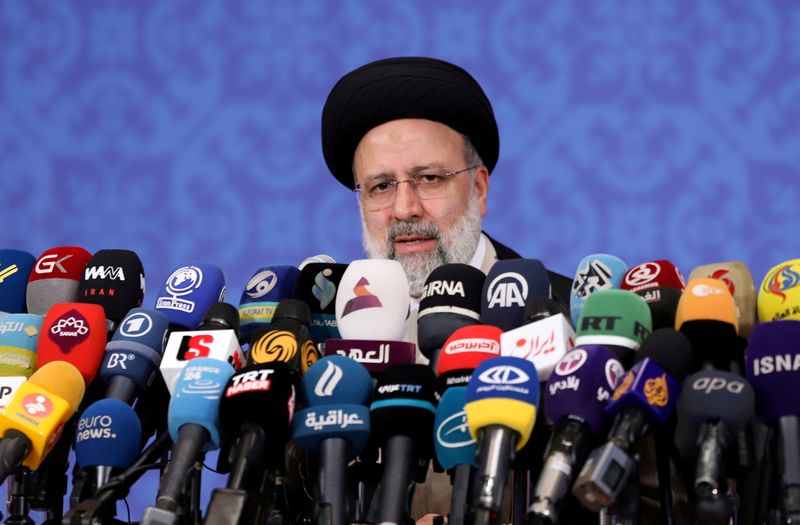 DUBAI (Reuters) – Iranian President Ebrahim Raisi said on Saturday Iran was ready to hold talks with world powers to revive its 2015 nuclear accord but not under Western “pressure”, adding Tehran was seeking negotiations leading to a lifting of U.S. sanctions.

“The Westerners and the Americans are after talks together with pressure … I have already announced that we will have talks on our government’s agenda but not with … pressure,” Raisi said in a live interview with state television.

“Talks are on the agenda … We are seeking goal-oriented negotiations … so sanctions on the Iranian people are lifted,” Raisi said.