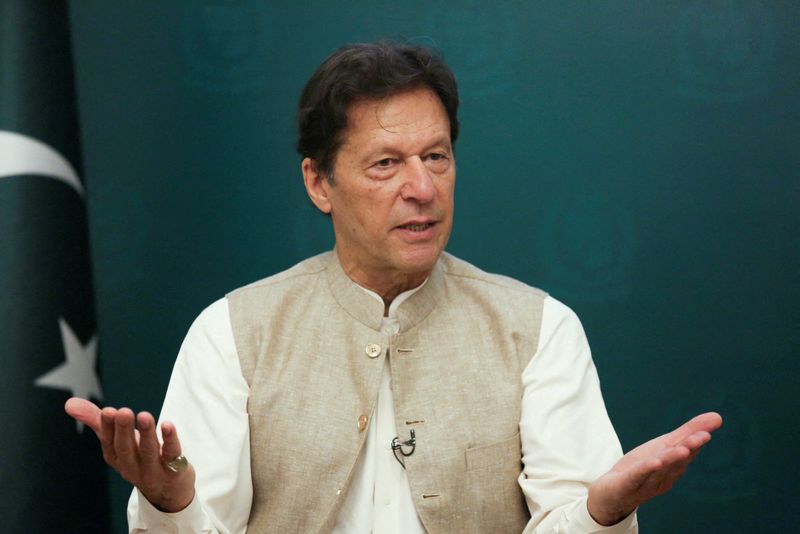 ISLAMABAD (Reuters) – Pakistan on Friday launched its first-ever comprehensive National Security Policy that it said was centred on regional peace and economic connectivity, and stressed that it wanted improved relations with arch-rival neighbouring India.

The National Security Policy, seven years in the making, is meant to act as a comprehensive framework tying together policies in different sectors. Economic security is listed as the top priority.

“I am confident that effective implementation of this policy will contribute immensely to our country’s economic security,” Prime Minister Imran Khan said, speaking at an event to launch the public version of the policy in Islamabad.

Officials say the details of the policy, prepared by a department jointly headed by civil and military leaders, will remain confidential.

The policy revolves around seeking peace with neighbours and exploring opportunities to make Pakistan a trade and investment hub.

“Pakistan is poised to take advantage of its geo-economically pivotal location to operate as a production, trade and investment, and connectivity hub for our wider region to strengthen our economic security,” the policy document stated.

It also sought peace and better relations with rival India but warned that policies being pursued by its eastern neighbour could lead to conflict.

“The political exploitation of a policy of belligerence towards Pakistan by India’s leadership has led to the threat of military adventurism and non-contact warfare to our immediate east,” it said.

Pakistan and India, both of which have nuclear weapons, have fought three wars since 1947 and had a number of military skirmishes – most recently a limited engagement between their air forces in 2019.

Pakistan has long been considered by analysts as a security state, where military policy has always trumped other considerations.

Aside from three wars with India, Pakistan has been entangled in two wars in neighbouring Afghanistan, and also dealt with violent Islamist militancy and separatist movements.

“It is like summarizing a wish list of concerns for Pakistan and ambitions, but with no reference to dearth of resources or how will consensus be developed,” author and defence analyst Ayesha Siddiqa told Reuters.