Now, some of you may be thinking that the price of “Our Journey Together” is a bit steep. You can get photographer Pete Souza’s picture book about President Barack Obama for about $30, and Obama’s own memoir — 768 pages all written by him — for $25. But if you are hung up by these facts, you are not thinking about Trump’s book in the proper context.
For true loyalists, this book is more than photographs sandwiched in a hard cover. It’s a president’s first post White House book, and for that reason alone, it’s going to be a must-have for the most fervent of the 75 million who voted for him in 2020.
Although the book will be priceless for some Trumpists, it will definitely provide a stream of revenue that the former president should be able to track to the last penny. With some back-of-the-envelope calculations, it’s possible to estimate the profit. If he’s smart, it will be substantial.
Let’s begin with the cost of production. Although the numbers are closely guarded, it’s possible to get a book printed for about $4. Add shipping (the post office offers big discounts for mailing books) and other costs and Trump could still make $60 or even $70 a copy for the regular book. The autographed ones could net $200 each. Do the math on, say, 1 million copies sold, and you’ll see the potential.
Previous presidents have generally passed on the kind of direct-to-consumer business model Trump is using to sell his picture book. It’s safe to assume they demurred out of respect for the office. They were also more likely to have felt inspired by the opportunity to write real memoirs with true political and historical weight. But this kind of chore sounds like it would be painful for Trump, whom the Atlantic dubbed, “The president who doesn’t read.” Given this reality, a photo book is a great way to make money with minimal effort.
Added to the fact that he may soon have to pay back debts, and pay for a potential 2024 run, these figures could be consequential. 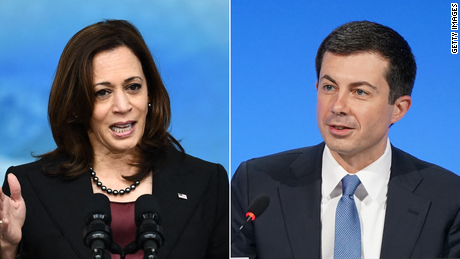 Trump has embarked on several efforts that would provide him with financial support in his life after the presidency. Armed with a huge email list, he formed the Save America political action committee and began soliciting donations. They came in a flood that added up to $82 million in six months.
The PAC is permitted to spend its money on almost anything. Trump would be entitled to draw a salary, but he hasn’t thus far. Another Trump PAC does, however, pay a bit more than $37,000 a month rent at Trump Tower in New York for space that gets very little use, due to the pandemic.
On the high end of his search for after-White House dollars, Trump is selling shares in a special purpose acquisition company that is supposed to buy up media and tech assets and create products to sell to his followers. Sometimes called blank-check companies, SPACs are lightly regulated but still subject to some rules. The New York Times reported in October that Trump may have already run afoul of them by failing to disclose certain information to investors.
While his followers wait for the Trump media-tech empire to develop, they can order the photo book at 45books.com (Trump was the 45th president) where a button labeled “Apparel” leads to a page that says, that “Official Merch” is “Coming Soon.”
The few sample photos that can be viewed on the sales site include one that shows Trump at the door to Air Force One; another shows him with Queen Elizabeth of the United Kingdom. Both place Trump in the center of scenes that a stage or film director might create to suggest the power of the presidency.
In the announcement for his book, Trump uses fittingly theatrical language to describe it.
“Our Journey Together is a collection of beautiful photos captured during our very successful time in the White House,” he says. “From center stage to behind-the-scenes — this is a must-have for all Patriots.”
The question is whether these “patriots” will vote to give Trump a season two of his reality show presidency.