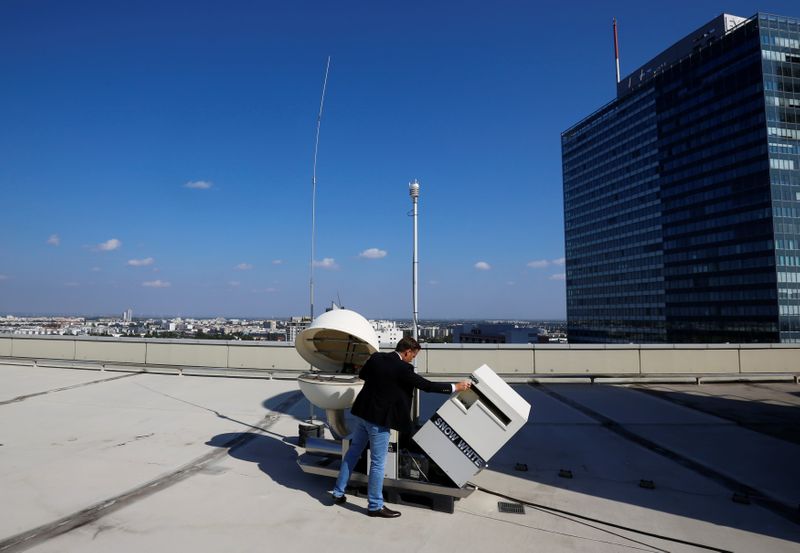 FILE PHOTO: A radionuclide project manager checks a radionuclide particulate station of the Comprehensive Nuclear-Test-Ban Treaty Organization (CTBTO) on the roof of their headquarters in Vienna, Austria September 28, 2017. REUTERS/Leonhard Foeger

VIENNA (Reuters) – The new head of the body that would police a global ban on nuclear tests hopes to bring that ban into force by breaking down the main barrier – getting countries such as Iran and Pakistan to ratify it – into regional clusters, he told Reuters.

Rob Floyd, a 63-year-old veteran of nuclear diplomacy and former biologist from Australia, took over this month as head of the Preparatory Commission for the Comprehensive Nuclear-Test-Ban Treaty Organization (CTBTO), succeeding Lassina Zerbo of Burkina Faso after winning an election against him.

His organisation already runs a network of more than 300 monitoring stations around the world that use seismic, hydroacoustic and other technologies to check for secret nuclear explosions. Bringing the treaty into force would enable it to carry out on-site inspections as well as making the ban binding.

To do that, however, the last eight of the 44 countries listed in an annex to the 1996 treaty must ratify it. China, Egypt, Iran, Israel and the United States have signed but not ratified. North Korea, India and Pakistan have not signed it.

“Some of those, it’s quite difficult to see how that’s going to happen quickly, but I will not be ignoring that need and I will be wishing to engage with each of those eight states individually and working with them on a pathway towards ratification,” Floyd said at CTBTO headquarters in Vienna.

“An individual understanding is critical as a starting point and then some of them kind of aggregate into regions of interest, whether it’s India and Pakistan, obviously two from South Asia, or in the Middle East area, where we’ve got Iran, Israel and Egypt, there are connections between some of these that final solutions probably involve a coordinated action.”

North Korea has posed the most recent challenge to the test ban. It has held a series of nuclear tests since 2006, most recently in 2017.

While Washington’s efforts to engage directly with North Korea under U.S. President Donald Trump yielded few results, Floyd said signing the treaty could be a way for North Korea to show good faith in future discussions.

On the possibility of North Korea signing the CTBT, Floyd said: “… I think there’s still real merit to that idea as a gesture of goodwill and of confidence-building in the engagement between North Korea and other states.”