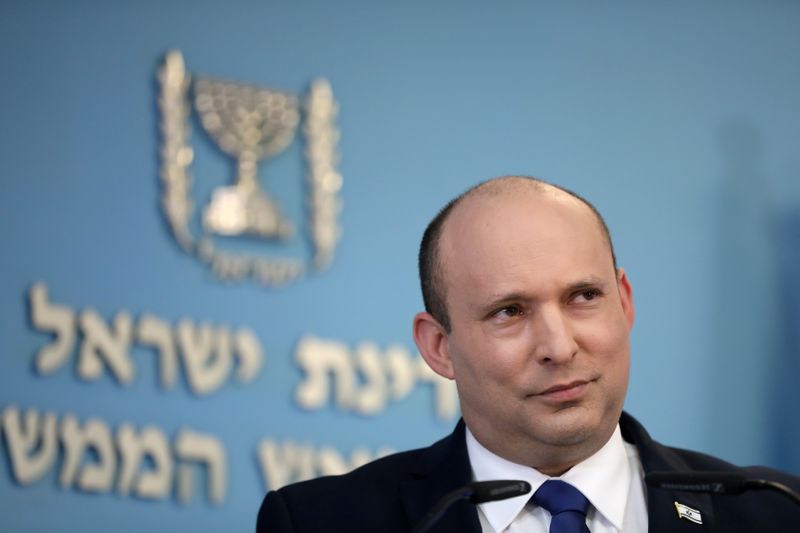 By Trevor Hunnicutt and Maayan Lubell

WASHINGTON/JERUSALEM (Reuters) -Stalled nuclear talks with Iran will be at the top of the agenda when U.S. President Joe Biden and Israeli Prime Minister Naftali Bennett meet next week.

Talks between Tehran and six world powers to revive the nuclear pact ditched three years ago by Biden’s predecessor Donald Trump have stalled since they began in April.

The Israeli leader, a nationalist atop a cross-partisan coalition who took office in June, opposes the deal being revived. It views a nuclear-armed Iran as an existential threat.

Tehran denies seeking the bomb, though a U.N. atomic watchdog report on Tuesday seen by Reuters showed the country accelerating its enrichment of uranium to near weapons-grade.

Regional tensions rose over a July 29 attack on an Israeli-managed tanker off the coast of Oman that Israel, the United States and Britain blamed on Tehran. Iran denied any involvement in the suspected drone strike in which two crew members were killed.

Bennett said at a news conference that the meeting “will focus on Iran” but the White House also touted “an opportunity for the two leaders to discuss efforts to advance peace, security, and prosperity for Israelis and Palestinians.”

The Israeli leader said he planned to come to the meeting “very focused with a policy of partnership that aims to curb Iran’s destabilizing, negative regional activity, its human rights abuses, terrorism and preventing its nearing nuclear breakout.”

(Reporting by Trevor Hunnicutt in Washington and Maayan Lubell in Jerusalem; Editing by David Holmes and Marguerita Choy)