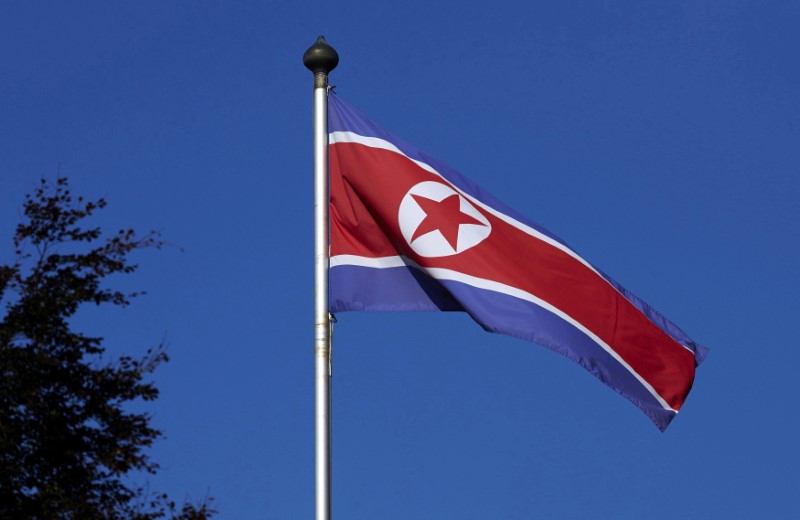 FILE PHOTO – A North Korean flag flies on a mast at the Permanent Mission of North Korea in Geneva October 2, 2014. REUTERS/Denis Balibouse

By Sangmi Cha and Josh Smith

The statement comes a day after Kim Yo Jong, the powerful sister of leader Kim Jong Un, warned Seoul and Washington over annual joint military drills set to begin this week.

On Wednesday, Kim Yong Chol singled out South Korea for going ahead with the drills with the United States, and said North Korea will “make clear of the cost they should pay” for choosing their alliance with Washington over peace between the Koreas.

“We will have them realize what a dangerous choice they made and how close they are to a huge security crisis by making the wrong choice,” he said in a statement carried by state news agency KCNA.