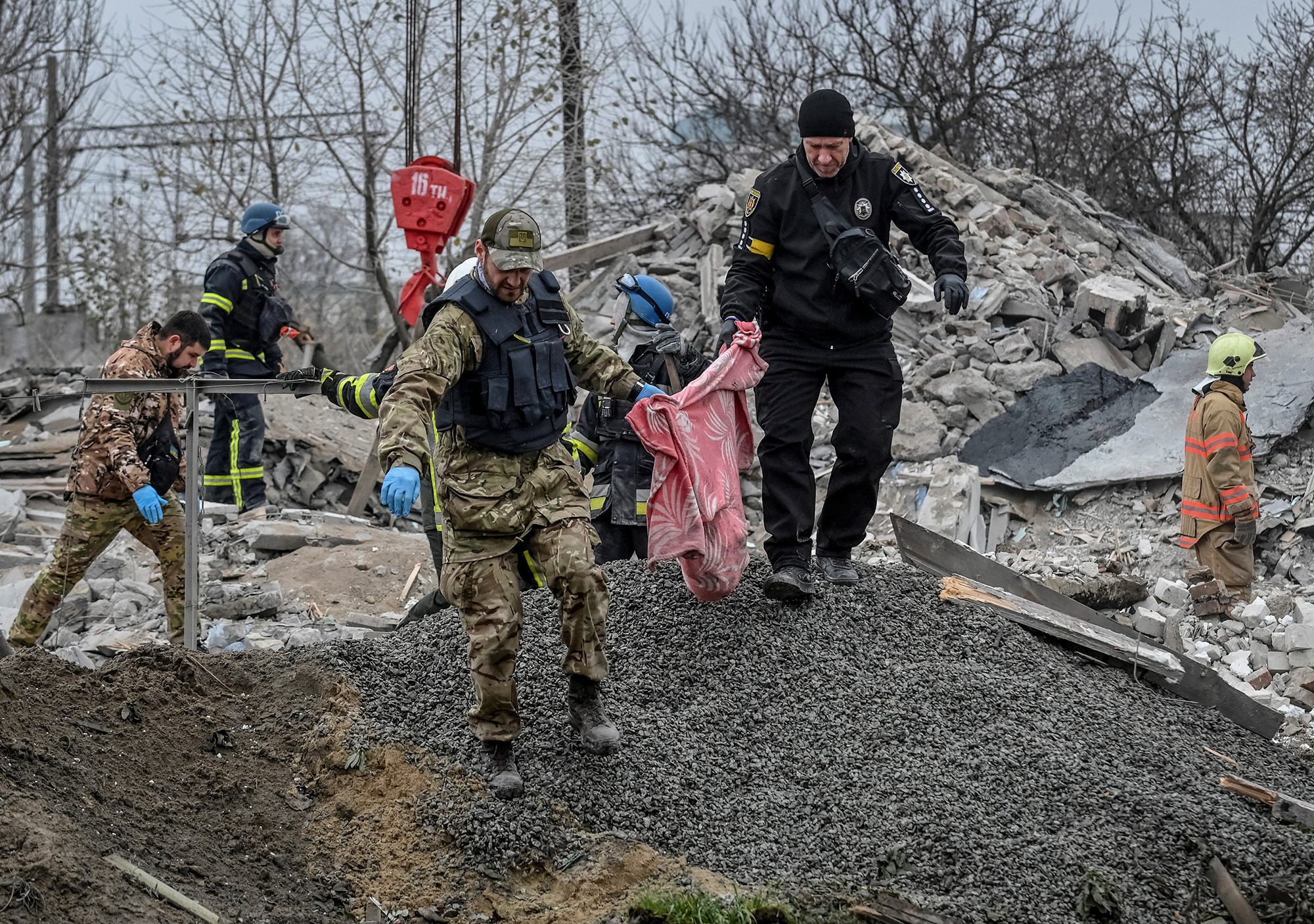 The death toll from Russian shelling on a residential building in Ukraine’s southeastern Zaporizhzhia region Thursday has risen to nine, according to the Ukrainian presidential office.

“As of this morning 2 more dead were found” in Vilniansk, Kyrylo Tymoshenko, the deputy head of President Volodymyr Zelensky’s office, said on Telegram.

“Thus, 9 dead have already been found as a result of Russian terrorists’ missiles that shelled residential buildings yesterday.”

Pictures posted in the aftermath of the attack by Ukraine’s State Emergency Service showed dozens of rescuers working at the scene.