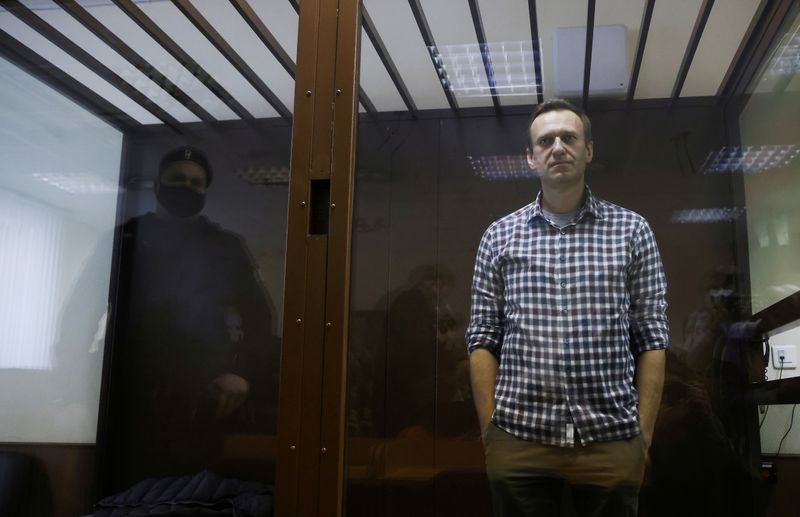 MOSCOW (Reuters) – State prosecutors in Moscow asked a court on Friday to label jailed Kremlin critic Alexei Navalny’s anti-corruption group and regional headquarters “extremist” organisations, a move that would ban them and open up activists to long jail terms.

The move, if approved, would mark one of the most serious steps taken by authorities yet to target the network of groups set up by the staunch critic of President Vladimir Putin who is on hunger-strike as he serves a two-and-half-year jail term.

Activists caught organising the activity of such groups can be jailed for up to 10 years, people taking part in them can be held criminally liable and the groups themselves are prohibited from any kind of banking activity.

The Moscow state prosecutor said it had decided to appeal to the court after studying Navalny’s Anti-corruption Foundation and campaign groups that he has built up in regions across the country.

“Under the guise of liberal slogans, these organisations are engaged in forming the conditions to destabilise the social and social-political situation,” the prosecutor said in a statement on its website.

“Effectively the goal of their activity is to create the conditions to change the basis of the constitutional order, including by using a ‘colour revolution’ scenario,” it said.

The opposition politician, who was barred from standing for election against Putin in 2018, was jailed in February for parole violations he said were trumped up. He was arrested at the border as he returned to Russia from Germany where he had been recovering from poisoning by a nerve agent.

Most of his most prominent allies are either abroad or in Russia facing charges for violations relating to a series of nationwide demonstrations that were staged to protest against his jailing.

Separately on Friday, a court sentenced a cameraman who worked for Navalny’s team of activists to two years in jail for inciting extremism.

The charge related to an anti-government tweet he wrote after the self-immolation of a Russian journalist.