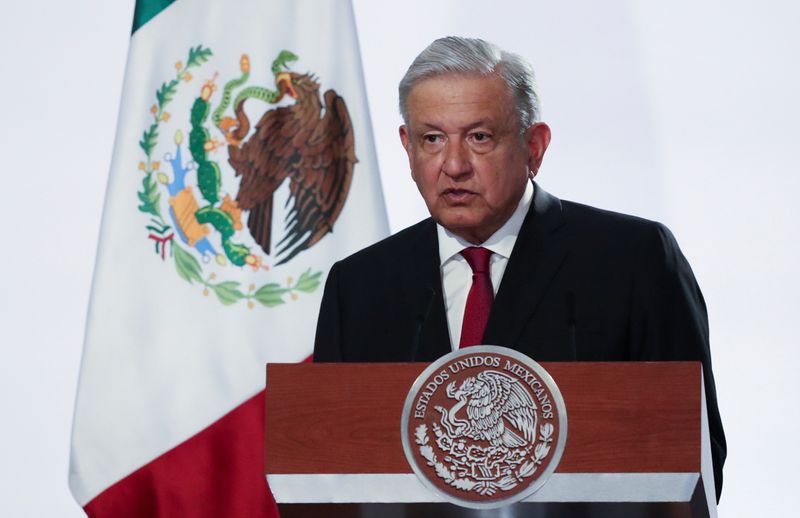 MEXICO CITY (Reuters) -Mexican President Andres Manuel Lopez Obrador said on Thursday he would send a letter to U.S. President Joe Biden urging him to make it easier for migrants to obtain work as the two governments seek to tackle a jump in immigration.

Migrants who enroll in apprentice or work schemes should be granted temporary work visas of six months to the United States, Lopez Obrador said at a regular news conference.

“I will send a letter next week at the latest, because we cannot just be detaining, holding back, we must address the causes,” he said.

Lopez Obrador has been in talks with U.S. officials ahead of a high-level economic dialogue scheduled for Sept. 9 in Washington. Immigration is expected to be on the agenda.

The Mexican president renewed his longstanding criticism https://www.reuters.com/article/us-usa-trade-mexico-demands-idUSKCN1T62IQ of a joint security scheme known as the Merida Initiative, saying his country did not want military assistance from the United States, but rather investment to spur economic development.

Biden took office pledging to adopt more humanitarian migration policies than his predecessor Donald Trump, and his government says it wants to tackle the root causes of illegal migration from the region, especially Central America.

When asked what steps would be taken to deal with a recent migrant caravan, Lopez Obrador said his government wanted to try to keep migrants in the south of the country so as not to expose them to risks on the journey, such as attacks by violent gangs.

“Allowing them to fully enter the territory, that they cross our country, means many risks of human rights violations, especially on the northern border,” Lopez Obrador said.

The latest caravan of a few hundred people has met resistance from Mexican security forces, sparking complaints from some of the migrants of heavy-handedness.