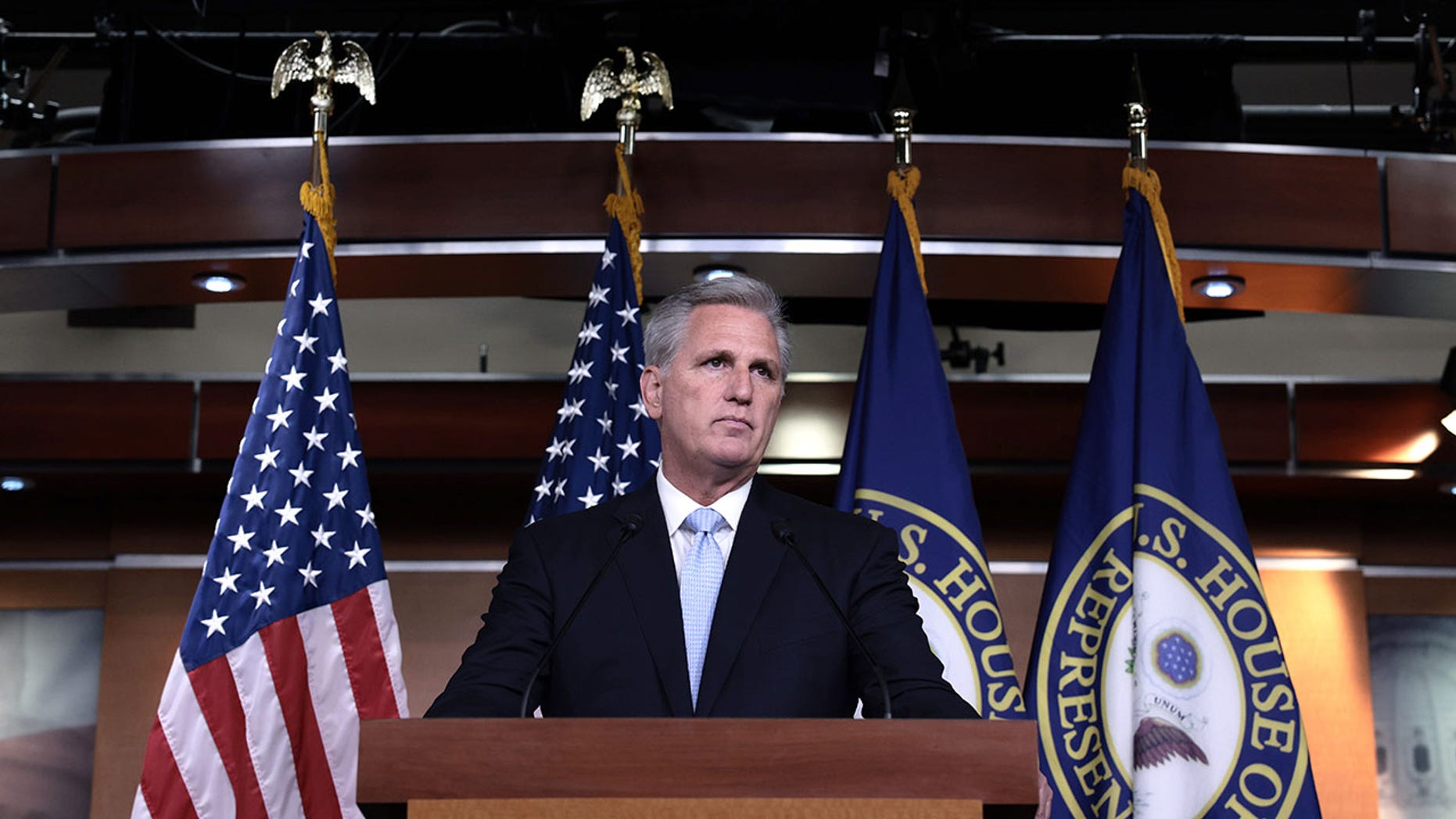 Amid the rise in the number of House Democrats not running for reelection in next year’s midterms as their party tries to hold on to its fragile majority in the chamber, House GOP leader Rep. Kevin McCarthy is predicting there will be plenty more to come.

That brings to seven the number of House Democrats retiring rather than running for reelection in 2022, with another five seeking statewide or other offices rather than bidding for another two years in the House. And we’ve yet to hit the traditional peak season for congressional retirements.

The GOP needs a net gain of just five seats in the 435-member chamber next year to regain the House majority it lost to the Democrats in the 2018 midterms. Republicans have history on their side – on average the party that wins the White House in a presidential election loses more than 25 House seats in the ensuing midterm election. And the once-in-a-decade congressional redistricting process – which is underway – is expected to favor the GOP, as Republicans control more state legislatures and governors’ offices.

With the Thanksgiving, Christmas and New Year holiday season fast approaching – when federal lawmakers on the fence about retiring take stock of their lives and discuss their futures as they gather with friends and family – McCarthy’s forecasting more House Democrats will announce their retirements in the coming months.

“Once you get past Thanksgiving and members go home, and they’re Democrats and they’ve been challenged before and they’re going to get beat up, Congress is not that great,” the longtime GOP lawmaker from California told Fox News.

Pointing to the redistricting process, McCarthy argued during an interview in August “they’ve got new lines where they have to go meet new people and they’re still going to have the White House. They’re going to make a decision to retire, that’s the best time so they can go get another job. When we get that retirement number up higher, into double-digit figures, the whole thing becomes a different play.”

Doyle, Price and Yarmuth all represent safe Democratic seats that right now aren’t expected to be competitive in next year’s midterms.

FIRST ON FOX NEWS: MCCARTHY HAULS IN $57.8 MILLION SO FAR THIS YEAR

A veteran Democratic consultant cautioned against reading too much into the trio of retirement announcements over the past week.

“Not all retirements mean the same thing. These Democrats who retire from safe seats don’t impact the path to hold the majority,” Jesse Ferguson, who served in top positions at the Democratic Congressional Campaign Committee in the 2012 and 2014 cycles, told Fox News.

But of the seven House Democratic retirements, four come from very competitive districts. They are Reps. Ann Kirkpatrick of Arizona, Cheri Bustos of Illinois, Filemon Vela of Texas and Ron Kind of Wisconsin. And Rep. Conor Lamb of Pennsylvania – who’s running for the Senate – and Rep. Charlie Crist of Florida – who’s running for governor – narrowly won reelection last year. While all of these seats may be altered during redistricting, they are being heavily targeted by House Republicans as they aim to recapture the majority in the chamber.

“When you sit back and you look and you want to pinpoint when was the bellwether, when was the moment in time that you truly felt that you knew that the majority was in play and you had the capability of winning – when Ron Kind said that he was retiring,” McCarthy emphasized.

Nine House Republicans are not seeking another term, with six of them running for statewide office. But only one of them – Rep. Lee Zeldin of New York – won their 2020 reelection by less than 10 points.

House retirements are often seen as an early barometer of things to come in the midterms. The last time the House flipped, amid a blue wave in the 2018 midterms, there were 23 GOP retirements compared to just 10 among House Democrats. Competitive seats become even more vulnerable without a well-known incumbent with a healthy war chest running for reelection.

“Only members themselves know why they decide to retire. But if there’s an imbalance of retirements toward one party or another, it sometimes can tell us something about what the party with a lot of retirees thinks might happen in the midterms,” Kyle Kondik, the managing editor of the nonpartisan political handicapper Sabato’s Crystal Ball, told Fox News.