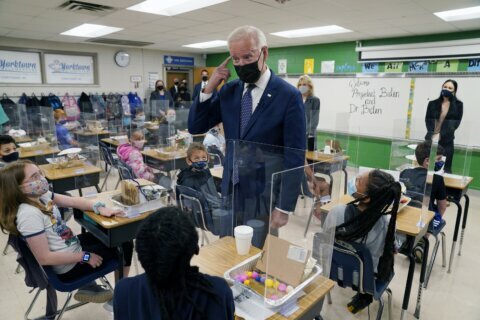 OMAHA, Neb. (AP) — Authorities have arrested a sex offender in the death of an Iranian exchange student who was attending the University of Nebraska at Omaha when she was killed in 1983.

Bud Leroy Christensen, 67, was awaiting extradition from Nebraska to the Pottawatomie County Jail in Council Bluffs, Iowa, on a first-degree murder charge, The Omaha World-Herald reported. During a court hearing Tuesday, he waived his right to fight extradition.

Fishermen found the body of Firozeh Dehghanpour, who was in her mid-20s, on Aug. 14, 1983, under a bridge north of Council Bluffs. An autopsy determined she bled to death from several cuts.

Authorities at the time suspected she was killed somewhere else by someone she knew. In the month after the slaying, detectives interviewed Dehghanpour’s acquaintances and took fingerprints and hair samples from more than 100 UNO students of Middle Eastern descent. The effort yielded nothing.

Sgt. Jim Doty, of the Pottawattamie County Sheriff’s Office, began looking into the case again after Steve Martin, a friend of Dehghanpour contacted him last year.

Martin, a UNO business student in the early 1980s who now lives in Nevada, said he called Omaha and Council Bluffs police over the years to ask about the investigation into his friend’s death.

Martin, 62, said he was stunned when notified someone had been arrested. He said he had never heard of Christensen.

“It kept gnawing at my stomach,” Martin said. “I was upset about this for a long time. I just kept trying to push it over the years.”

Christensen is listed on the Nebraska Sex Offender Registry as a lifetime offender with at least three sex crime convictions.