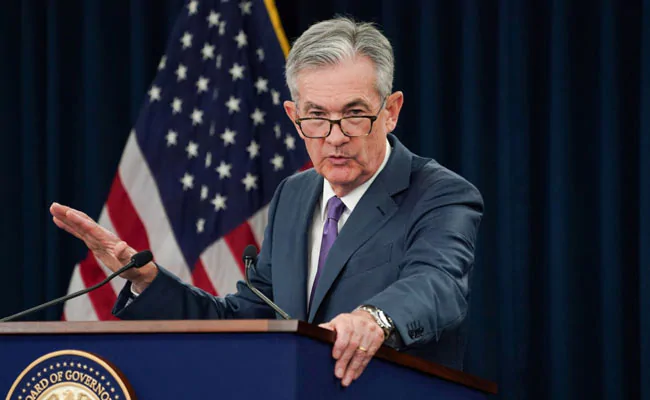 President Joe Biden on Monday tapped Jerome Powell to serve a second term as chair of the US Federal Reserve, allowing him to keep leading the response to the economic damage caused by Covid-19 while dealing with a wave of record inflation.

The nomination, expected to win confirmation by the Senate, ends weeks of speculation over whether Biden would reappoint the Republican chair, or heed calls from left wing members of his Democratic party to replace him with a candidate like Fed Governor Lael Brainard.

Instead, Brainard will serve as vice chair of the world’s most influential central bank, Biden said, while Powell will remain in the driver’s seat, presiding over the rollback of its pandemic stimulus and the likely beginning of rate hikes next year.

“We can’t just return to where we were before the pandemic, we need to build our economy back better,” Biden said in a statement.

“I’m confident that Chair Powell and Dr Brainard’s focus on keeping inflation low, prices stable and delivering full employment will make our economy stronger than ever before.”

Powell has led the central bank’s response to the massive pandemic downturn, which saw it slash its lending rate to zero and roll out trillions of dollars in liquidity.

The bank has pulled back those measures as the economy has recovered, but inflation has also spiked, helping fuel a drop in Biden’s approval ratings.

Powell also led a change in policy at the Fed to keep interest rates lower for longer than normal to spur full employment, particularly for minorities and groups that are often disadvantaged.

The Fed chair and other central bank leaders argue the inflation wave will prove temporary and have said they do not foresee rate hikes at least until the middle of next year.

“Mr. Powell’s reappointment and Governor Brainard’s appointment are not a surprise and signal continuity at the central bank,” Rubeela Farooqi of High Frequency Economics said.

Powell, 68, was appointed by Biden’s Republican predecessor Donald Trump and took office in 2018 after the then-president decided not to give Democrat Janet Yellen a second term in the seat.

Yellen is now Biden’s Treasury secretary, but has spoken approvingly of Powell’s leadership in recent months while endorsing no candidate.

Powell must be confirmed by the Senate, which Biden’s Democrats narrowly control, though analysts predict he will receive a number of votes from Republicans in the opposition — one of whom, Mitt Romney, immediately confirmed his intention to vote yes.

However, at least three Democratic senators have signaled opposition to Powell’s reappointment.

Senator Elizabeth Warren, a prominent advocate for tougher regulations on Wall Street and big banks said she wold not vote for him, citing in a Monday statement his “failures on regulation, climate and ethics.”

Biden has been focused on winning congressional approval for a giant social welfare bill that would spend $1.8 trillion over 10 years.

He needs the votes of almost all Democrats to make that happen, and appointing a Fed chair who might take a tougher line on banks and climate change could have been seen as a way to build support among progressives.

Brainard, 59 and the lone Democrat on the central bank’s Board of Governors, was seen as a top candidate for that role.

However, Jay Bryson, chief economist for Wells Fargo’s corporate and investment bank said that when it comes to the main questions facing the central bank, such as how soon to raise interest rates, Brainard’s appointment may not have changed much.

Brainard must also be confirmed by the Senate, and would replace Republican Richard Clarida in the role of vice chair.

Biden has other opportunities to reshape the monetary institution’s leadership.

There are three other vacant seats on the Fed’s board of governors, including the top banking cop, vice chair for supervision, a position until recently held by Republican Randal Quarles.

Biden will make his nominations for those positions known by early December and “is committed to improving the diversity in the Board’s composition,” the White House said.