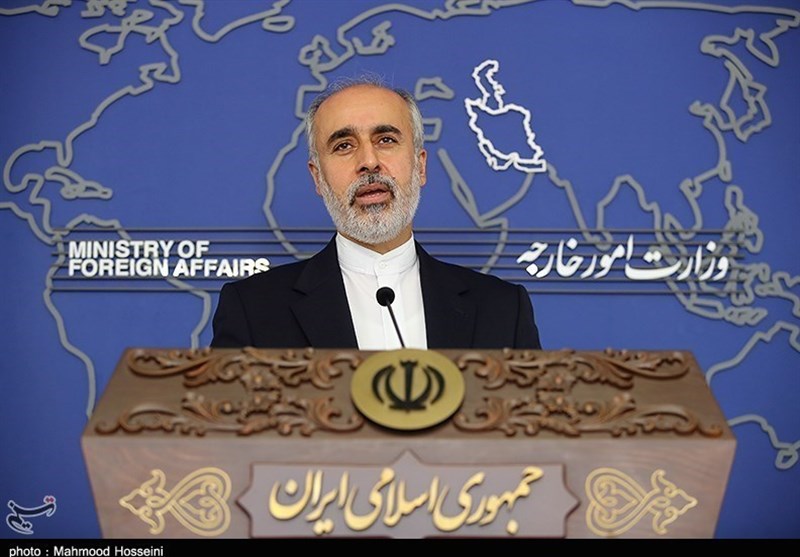 TEHRAN (Tasnim) – Iran has clearly cautioned Iraq that it must prevent terrorist groups based in some parts of the Arab country from jeopardizing the security of the Islamic Republic, the Foreign Ministry’s spokesman said.

Speaking to reporters at a weekly press conference on Monday, Nasser Kanaani pointed to the recent military attacks that the Islamic Revolution Guards Corps (IRGC) Ground Force has launched on terrorist groups in the Iraqi Kurdistan Region, saying the strikes followed the “official and transparent measures” that had already been taken.

“Iran’s move to hit the bases of armed terrorist groups in the (Iraqi Kurdistan) Region followed all measures that Iran has already taken,” he said.

The spokesman said Iran has made it clear to Iraq that the Arab country must prevent parts of its soil from being used for the violation of the security of Iranian citizens and border guards.

He also noted that Iran’s decision to strike the terrorist bases in northern Iraq was in conformity with the UN Charter.

The IRGC Ground Force has launched at least five military attacks on the positions of terrorist groups in the Iraqi Kurdistan Region over the past three weeks.

The attacks on the main bases of the Iraqi-based Komalah, Democrat and PAK (Kurdistan Freedom Party) terrorist groups took place after they intensified their activities to foment riots in Kurdish cities across the border in Iran and took advantage of protests in the country to incite chaos and carry out armed attacks.