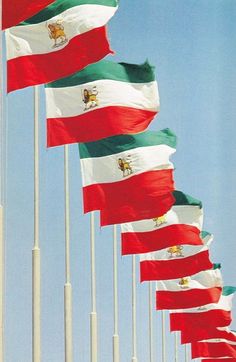 In executing due diligence, for continuity of the rule of the law in Iran as mandated by Iran’s Constitution 1906 and its progressive referendum of 1963, we condemn Khomeinist Regime 1979 take over in Iran by lies and deceit per regime’s own confessionals and revealed documents that have severed Iran’s membership to the United Nation and rendered it, null and void in accordance to the basic goals of the UN Charter listed as follows:

(2) faith in the dignity and value of the human as persons,

(3) equality between men and women,

(4) the pursuit of regional and global peace and security,

(7) Revelation of Allah as ruler of nations

(8) Implanting morality troops to the region and establishing medieval “Inquisition”

Therefore, the Council for Iran’s Constitution 1906 and its progressive referendum of 1963 task force hereby declare the Islamic Republic and its representatives to the United Nations illegitimate. The General Assembly and the Human Rights Committee, have made repeated resolutions against Islamic Republic Regime in Iran. This Task Force would like to high light in particular the UN Security Council Resolutions Nos. 1373; 1377; 1452; 1535 that specifically and strongly declare Islamic Republic as threat to regional and international peace and security arising from terrorist acts and its continuing violations of the human rights.

The expulsion of the Islamic Republic from the organization is the most important step to Free Iran and maintain global peace and security.

We calling for immediate enforcement of Iran’s Constitution 1906 and its progressive referendum of 1963 to empower Iranians to reclaim Iran by their own devices and to restore secular democratic government based on the Charter of Human Rights.

In the end this task force Reminds all UN members and all that Iran’s constitution 1906 is the pillar of Iranian national unity and solidarity.