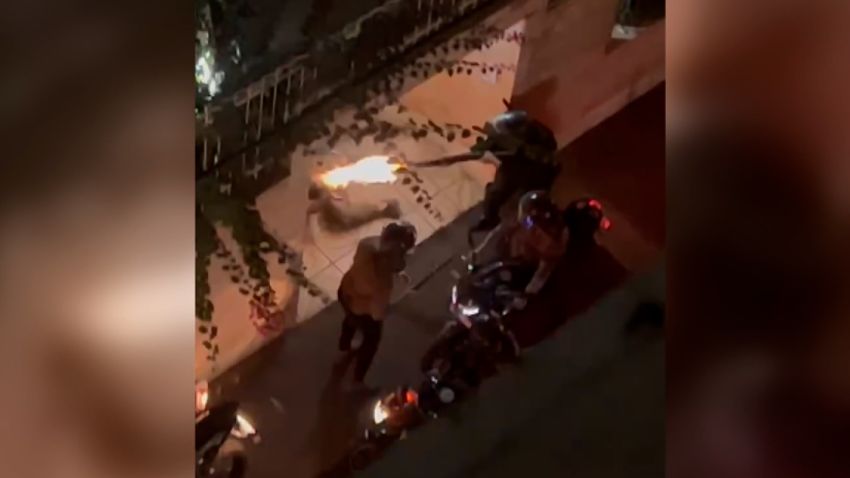 Iranian police said they would investigate an incident caught on camera showing security forces attacking and shooting a man, as a leading rights group condemned what it called the “crisis of impunity” in the country.

The video shows a number of security officers beating a man who lay on the ground in front of a residential building, before one officer points his gun at the man and shoots. The person filming the video is heard saying, “They shot the guy with shotgun pellets … they must have killed the guy.”

It is unclear what happened prior to when the video was shot, or what condition the man is in. Apadana Media could not independently verify the date or location of the video, which has circulated widely on social media.

“Following the publishing of a video clip showing the beating of a citizen by police officers, a special order will be issued immediately to investigate the exact time and place of the incident, and to identify the offenders at the scene,” the police said in a statement, state-the Fars News Agency reported Tuesday. “The police does not approve of such violent and unconventional behavior, and will surely deal with the violators.”

Amnesty International shared the same video and said on Tuesday it was “another horrific reminder that the cruelty of Iran’s security forces knows no bounds.”

“Amid a crisis of impunity, they’re given free rein to brutally beat and shoot protestors,” Amnesty added, and called on the United Nations Human Rights Council to “urgently investigate these crimes.”

This is not the first time police have called for an investigation into videos of security forces attacking civilians.

In October, the police said it would “issue a special order” to deal with officers who physically harassed a woman in the streets of Tehran, state-aligned ISNA reported. The incident was captured on camera, and showed a policeman groping a woman inappropriately while attempting to arrest her with a group of other officers.