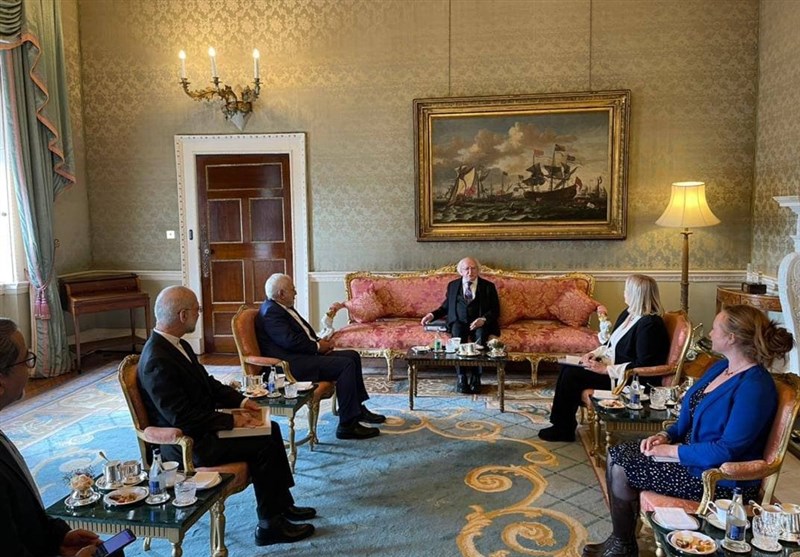 Iranian Foreign Minister Mohammad Javad Zarif voiced the country’s enthusiasm for the promotion of cooperation with Ireland in various fields.

In a meeting with Irish President Michael D. Higgins, held in Dublin on Wednesday, Foreign Minister Zarif expressed Iran’s interest in expanding collaborations with Dublin in the political, economic, and cultural fields, which was welcomed by the Irish president.

The two sides also discussed the latest developments in Palestine, Yemen, and Afghanistan.

At the end of the meeting, Zarif presented President Higgins with a book of poems by Omar Khayyam on the occasion of the birth anniversary of the eminent poet.

The Iranian foreign minister has traveled to Ireland after visiting Spain and Italy.

In a post on his Twitter account, Zarif pointed to his meetings with the Irish president and foreign minister in Dublin, saying, “Recognizing our emotional ties, discussed furthering political, economic and social relations.”