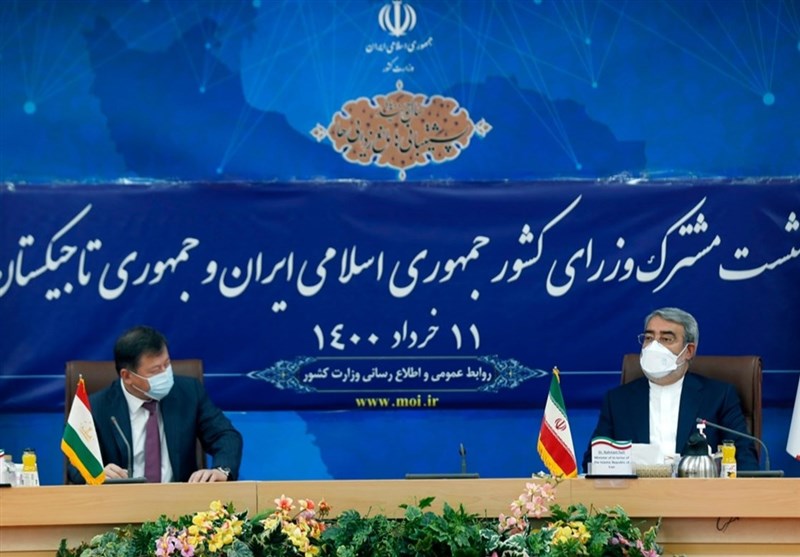 The interior ministers of Iran and Tajikistan weighed plans for the expansion of economic and cultural relations between the two Persian-speaking countries.

In a Tuesday meeting held at the Interior Ministry of Iran, Abdolreza Rahmani Fazli and his Tajik counterpart Ramazon Rahimov discussed the ways to promote cooperation between the two nations in the economic and cultural fields.

Iran gives special and serious priority to the expansion of relations with the neighbors, Rahmani Fazli said in the meeting, noting that all Iranian officials are pushing for closer ties with Tajikistan.

Pointing to a memorandum of understanding on security cooperation between Tehran and Dushanbe, the Iranian minister said the Iranian Police are ready to work with the Tajik peers in the fight against drug trafficking and organized crimes, holding training courses, and the exchange of instructors and cadets.

“The senior officials of the two countries emphasize on strengthening economic convergence in the region, and in this regard, there are good capacities in Iran and Tajikistan for joint investment, banking cooperation, and trade,” Rahmani Fazli stated.

For his part, the Tajik interior minister said he was leading a delegation in the visit to Tehran to weigh plans for the promotion of cooperation with Iran in various fields.

Stressing the need for joint action in the war against international crimes and drug smuggling, Rahimov said the two countries should also tap into the opportunities for broader economic, cultural and security cooperation.

Rahmani Fazli traveled to Tajikistan in February for talks on bilateral and regional issues.

In April, Defense Minister of Tajikistan Colonel General Sherali Mirzo visited Iran to explore avenues for the expansion of military cooperation between the two countries.